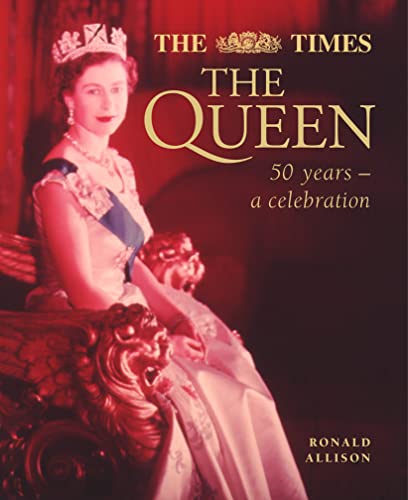 The Queen by Ronald Allison

The Queen: A celebration of her 50-year reign by Ronald Allison

Queen Elizabeth II was crowned in 1953, following the death of her father, King George VI, the year before. This book celebrates her 50 years of reign and is written with the special insight of its author, Ronald Allison, who joined the Royal Household after some years as the BBC's Court Correspondent and worked for the Queen as her Press Secretary for five years.

The Queen - 50 Years begins with an overview of her reign, and this is followed by an in-depth look at each individual year. Her growing family, the Royal tours, the Commonwealth, her governments and the changing world about her are detailed in words and pictures, while key events for each year, in the world and in Great Britain, set the activities of The Queen in a wider international context.

Emerging throughout is a picture of The Queen as daughter, sister, wife, mother and grandmother, as well as Head of State - still honouring, in 2002, the promises she made on her 21st birthday and the vows she took at her Coronation in 1953.

Ronald Allison, CVO, was the BBC's Court Correspondent from 1969 to 1973 when he became Press Secretary to Her Majesty The Queen. He remained at Buckingham Palace until 1978 and since then he has written and broadcast regularly about the the royal family. He lives in Winchester with his wife and young son.

GOR002833892
9780004140780
0004140788
The Queen: A celebration of her 50-year reign by Ronald Allison
Ronald Allison
Used - Very Good
Hardback
HarperCollins Publishers
2001-10-01
192
N/A
Book picture is for illustrative purposes only, actual binding, cover or edition may vary.
This is a used book - there is no escaping the fact it has been read by someone else and it will show signs of wear and previous use. Overall we expect it to be in very good condition, but if you are not entirely satisfied please get in touch with us
Trustpilot