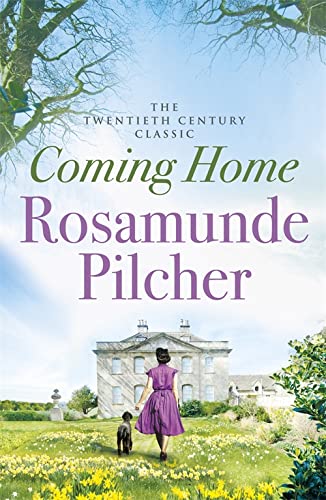 In Stock
£3.99
The bestselling, heartwarming tale of innocence and youth during the 1930s re-issued with a stunning new jacket look
Good Well Read
6 in stock

A heartwarming novel by the much-loved Rosamunde Pilcher.

Born in Colombo, Judith Dunbar spends her teenage years at boarding school, while her beloved mother and younger sister live abroad with her father.

When her new friend Loveday Carey-Lewis invites Judith home for the weekend to Nancherrow, the Carey-Lewises' beautiful estate on the Cornish coast, it is love at first sight.

She falls in love too with the generous Carey-Lewises themselves. With their generosity and kindness, Judith grows from naive girl to confident young woman, basking in the warm affection of a surrogate family whose flame burns brightly. But it is a flame soon to be extinguished in the gathering storm of war. And Judith herself has far to travel before at last . . . coming home.

GOR001205141
Coming Home by Rosamunde Pilcher
Rosamunde Pilcher
Used - Good
Paperback
Hodder & Stoughton General Division
2005-07-04
1040
0340752475
9780340752470
N/A
Book picture is for illustrative purposes only, actual binding, cover or edition may vary.
This is a used book - there is no escaping the fact it has been read by someone else and it will show signs of wear and previous use. Overall we expect it to be in very good condition, but if you are not entirely satisfied please get in touch with us.