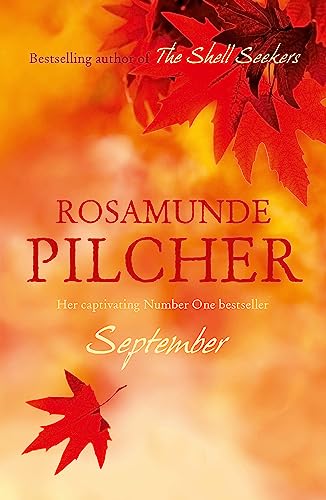 The brilliant bestseller by the much-loved Rosamunde Pilcher.

As spring comes to Scotland and the hills burst into life, a dance is planned for September. The invitations summon home the group of people Violet Aird has cared for most in her long life.

The oldest, strongest and wisest of them all, she sees Alexa, her vulnerable granddaughter, find love for the first time, while the decision to send her little grandson away to school is driving parents Edmund and Virginia even further apart. Far from them all is Pandora, the glamorous, exciting girl who ran away twenty years before. All will converge on Scotland this September, bringing their stories with them.

A wonderful, not-to-be-missed novel that is destined to provide many hours of pleasurable reading * Woman and Home *
Pilcher's storytelling skills are serene and beguiling * The Times *
It is never too soon to discover Rosamunde Pilcher * Good Housekeeping *
Whether she is being poignant, wry or perceptive, Rosamunde Pilcher is always gentle * Woman's Realm *

GOR001181094
September by Rosamunde Pilcher
Rosamunde Pilcher
Used - Very Good
Paperback
Hodder & Stoughton General Division
2005-06-06
640
0340752459
9780340752456
N/A
Book picture is for illustrative purposes only, actual binding, cover or edition may vary.
This is a used book - there is no escaping the fact it has been read by someone else and it will show signs of wear and previous use. Overall we expect it to be in very good condition, but if you are not entirely satisfied please get in touch with us.