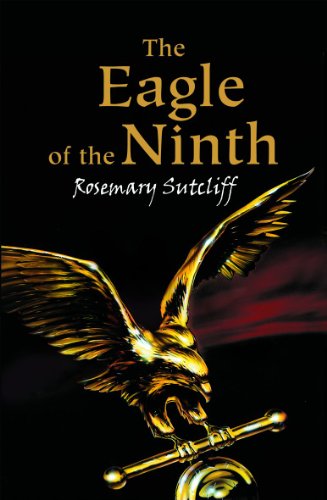 The Eagle of The Ninth
by Rosemary Sutcliff

In Stock
£6.49
Celebrates the 50th anniversary of the remarkable book written by one of the most highly respected authors of children's literature, Rosemary Sutcliff.
Like New Very Good Good Well Read
Only 2 left

The Eagle of The Ninth Summary

The Eagle of The Ninth by Rosemary Sutcliff

The Ninth Legion marched into the mists of northern Britain - and they were never seen again. Four thousand men disappeared and their eagle standard was lost. It's a mystery that's never been solved, until now . . . Marcus has to find out what happened to his father, who led the legion. So he sets out into the unknown, on a quest so dangerous that nobody expects him to return. The Eagle of the Ninth is heralded as one of the most outstanding children's books of the twentieth century and has sold over a million copies worldwide. Rosemary Sutcliff writes with such passion and attention to detail that Roman Britain is instantly brought to life and stays with the reader long after the last page has been turned. The book is also now the subject of a major film.

The Eagle of The Ninth Reviews

'Decades later, I can still hear echoes of The Eagle of the Ninth in my head : the chink of mail, the tired beat of the legionaries' feet.' * The Independent *
'These tales of Roman Britain have yet to be surpassed for their non-patronising prose and adult dangers. Sutcliff makes Classics and archaeology uniquely thrilling for children.' * Amanda Craig, The Times *
'A beautifully written and exciting tale of a young man's mission to save the reputation of his dead father' * Simon Scarrow, Big Issue *
Great stuff that should not be forgotten! * Amie Thomson, Big Issue in Scotland *

Rosemary Sutcliff has written many historical novels for children. The third in the Eagle of the Ninth trilogy about Roman Britain, 'The Lantern Bearers', won the Carnegie Medal. Rosemary Sutcliff received an OBE in 1975 and in 1993, the year after her death, was awarded the CBE.

GOR008671663
The Eagle of The Ninth by Rosemary Sutcliff
Rosemary Sutcliff
Used - Like New
Paperback
Oxford University Press
2004-10-07
304
0192753924
9780192753922
N/A
Book picture is for illustrative purposes only, actual binding, cover or edition may vary.
The book has been read, but looks new. The book cover has no visible wear, and the dust jacket is included if applicable. No missing or damaged pages, no tears, possible very minimal creasing, no underlining or highlighting of text, and no writing in the margins.