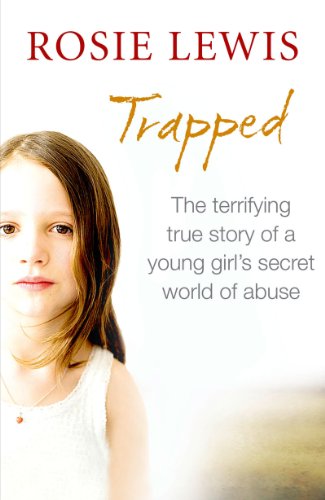 Trapped: The Terrifying True Story of a Secret World of Abuse
by Rosie Lewis

Trapped was a Sunday Times bestseller and the first memoir from foster carer Rosie Lewis.

Trapped: The Terrifying True Story of a Secret World of Abuse Summary

Trapped: The Terrifying True Story of a Secret World of Abuse by Rosie Lewis

Trapped was a Sunday Times bestseller and the first memoir from foster carer Rosie Lewis.

Phoebe, an autistic nine-year-old girl, is taken into police protection after a chance comment to one of her teachers alerts the authorities that all might not be what it seems in her comfortable, middle-class home. Experienced foster carer Rosie accepts the youngster as an emergency placement knowing that her autism will represent a challenge - not only for her but also for the rest of the family.

But after several shocking incidents of self-harming, Pica and threats to kill, it soon becomes apparent that Phoebe's autism may be the least of her problems.

Locked for nine years in a secret world of severe abuse, as Phoebe opens up about her horrific past, her foster carer begins to suspect that Phoebe may not be suffering from autism at all.

Rosie Lewis is a full-time foster carer. She has been working in this field for over a decade. Before that, she worked in the special units team in the police force.

Based in northern England, Rosie writes under a pseudonym to protect the identities of the children she looks after.

GOR005622406
Trapped: The Terrifying True Story of a Secret World of Abuse by Rosie Lewis
Rosie Lewis
Used - Very Good
Paperback
HarperCollins Publishers
2014-02-24
304
0007541783
9780007541782
N/A
Book picture is for illustrative purposes only, actual binding, cover or edition may vary.
This is a used book - there is no escaping the fact it has been read by someone else and it will show signs of wear and previous use. Overall we expect it to be in very good condition, but if you are not entirely satisfied please get in touch with us.