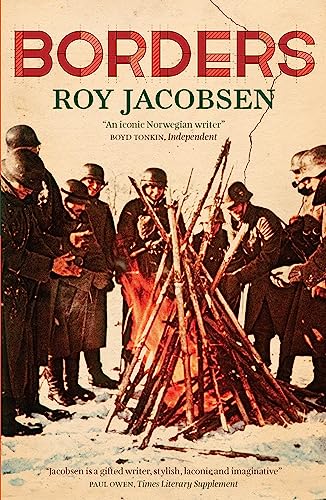 Used Price
£4.79
New RRP £9.99
Free Shipping in the UK
A story of impossible choices in a theatre of total war, where familial love, national identity, even military genius, count for nothing in the face of war's own all-consuming appetites.
Reviews:
Trustpilot
Very Good Well Read

Robert Junior never knew the father he was named for, an American G.I. who was captured during the Battle of the Bulge and fell briefly into the arms of a Belgian nurse.

Growing up with his mother in the lush forests of the Ardennes, Robert turns for guidance to his godfather, Markus Hebel, a Belgian who served in the German army in Russia.

Breaking the silence around his painful past, Markus speaks of the consequences and madness of war - of the son he lost at Stalingrad and the courage of the men who tried to free the trapped German soldiers with a desperate charge across the frozen steppe.

In so doing, Markus reveals a secret he has kept since the war, and a doubt that has gnawed at him for twenty years. Did he, a lowly radio operator, waste a chance to save an entire army from annihilation?

With its mix of vivid characters, real and fictional, struggling to make sense of the excesses of war and its aftermath, this is a strange but compelling novel. I highly recommend it -- Rupert Godsal * Country Life *
An iconic Norwegian writer -- Boyd Tonkin * Independent *
A great European novel -- Terje Eidsvag * Adresseavisen *
You cannot put this book down -- Kjell Olaf Jensen, * Dagsavisen *

GOR007539190
Borders by Roy Jacobsen
Roy Jacobsen
Used - Very Good
Paperback
Quercus Publishing
2016-03-03
288
1782069585
9781782069584
N/A
Book picture is for illustrative purposes only, actual binding, cover or edition may vary.
This is a used book - there is no escaping the fact it has been read by someone else and it will show signs of wear and previous use. Overall we expect it to be in very good condition, but if you are not entirely satisfied please get in touch with us.