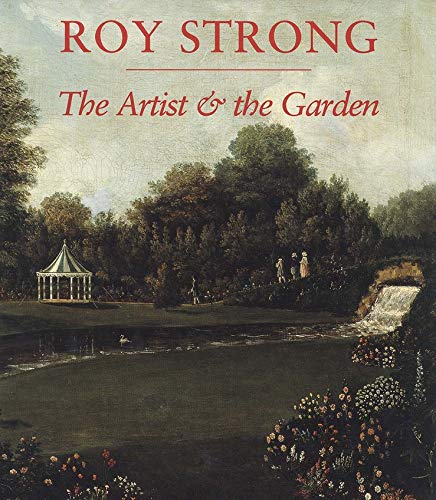 The Artist and the Garden
by Roy Strong

In Stock
£3.29
This volume gathers together and examines a collection of English gardens rendered by artists from 1540 to the early 19th century. It surveys garden pictures ranging from Elizabethan miniatures to 18th-century alfresco conversation pieces, discussing the genre's beginning and development.
Very Good Good Well Read
Only 4 left

The Artist and the Garden Summary

The Artist and the Garden by Roy Strong

This extraordinarily beautiful book gathers together and examines for the first time a delightful collection of English gardens rendered by artists from 1540 to the early nineteenth century, many of which are unknown. Sir Roy Strong, widely recognized for his expertise in both art history and garden history, surveys garden pictures ranging from Elizabethan miniatures to eighteenth-century alfresco conversation pieces, from suites of paintings of a single garden to amateur watercolors. He inquires into the origin of the English garden picture genre, its development prior to the invention of photography, its greatest exponents, its reliability as historical evidence of actual gardens, and its place within the larger European tradition of picturing the garden.

The English, Strong observes, were slow in picturing the reality of their gardens. Until well into the Stuart age, the garden in art served as a symbol, and only gradually did this give way to the impulse to record the facts of contemporary garden-making. In the backgrounds of portraits of Jacobean and Caroline garden owners, the garden is no longer an emblem; it becomes instead a document demonstrating the owners' pride in their gardens made in the new Renaissance manner. By the Georgian age the garden has moved from the back to the foreground of pictures, and whole families place themselves amid the glory of their self-fashioned landscapes. Both house and garden at this point assume a separate identity, each calling for an individual record. And by the nineteenth century, the author shows, the garden detaches itself from owner and house to be recorded for its own sake, as a single image at first, and later in a series. With some 350 fully annotated illustrations, this lovely book offers a unique record of three hundred years of English gardens and what they meant to those who owned and portrayed them.

Roy Strong is former director of the National Portrait Gallery in London and of the Victoria and Albert Museum. He is now a full-time writer, broadcaster, consultant, and gardener. Among those he has assisted in his capacity as a garden consultant are the Prince of Wales, Gianni Versace, and Elton John.

GOR001170326
The Artist and the Garden by Roy Strong
Roy Strong
The Paul Mellon Centre for Studies in British Art
Used - Very Good
Hardback
Yale University Press
2000-08-11
288
0300085206
9780300085204
N/A
Book picture is for illustrative purposes only, actual binding, cover or edition may vary.
This is a used book - there is no escaping the fact it has been read by someone else and it will show signs of wear and previous use. Overall we expect it to be in very good condition, but if you are not entirely satisfied please get in touch with us.