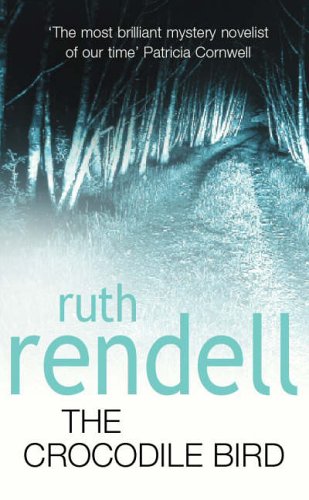 The Crocodile Bird
by Ruth Rendell

In Stock
£2.39
Sixteen years old, she lives with her mother, Eve, in a secluded gatehouse, which she has never been allowed to leave. As Liza runs into the arms of her secret lover, she begins to see the logic behind her mother's gruesomes crimes, and must accept the possibility that she has inherited Eve's lust for murder...
Very Good Good
Only 4 left

The Crocodile Bird by Ruth Rendell

Liza is not your average teenager. Sixteen years old, she lives with her mother, Eve, in a secluded gatehouse, which she has never been allowed to leave. There was only enough room for two in their cocoon; intruders entered at their peril, only to mysteriously disappear... Liza is not the only one to discover the truth behind her mother's pathological violence, or the dead bodies. When the police arrive on their doorstep, Eve throws her daughter into the real world, to protect her from the consequences of her own chilling crimes. As Liza runs into the arms of her secret lover, she begins to see the logic behind her mother's gruesomes crimes, and must accept the possibility that she has inherited Eve's lust for murder...

"The most brilliant mystery novelist of our time" -- Patricia Cornwell
"Here is Ruth Rendell on such fantastic form that you'll want to stay up all night racing through to the end." -- Val Hennessy * Daily Mail *
"A powerful and absorbing narrative told with elegance and subtlety" * Daily Telegraph *
"Ruth Rendell is surely one of the greatest novelists presently at work in our language. The extraordinary depth and accuracy of her psychological portraits is matched only by the rare inventiveness of her storytelling" -- Scott Turow
"Psychologically acute and extremely disturbing, Ruth Rendell's work is outstanding" * The Times *

GOR004762567
The Crocodile Bird by Ruth Rendell
Ruth Rendell
Used - Very Good
Paperback
Cornerstone
1994-09-29
368
0099303787
9780099303787
N/A
Book picture is for illustrative purposes only, actual binding, cover or edition may vary.
This is a used book - there is no escaping the fact it has been read by someone else and it will show signs of wear and previous use. Overall we expect it to be in very good condition, but if you are not entirely satisfied please get in touch with us.