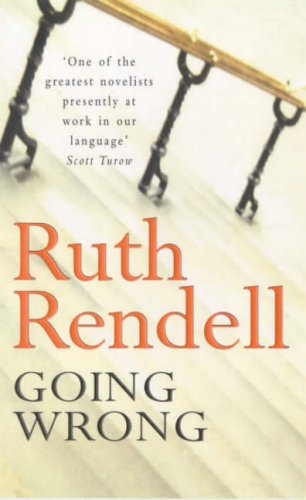 In Stock
£3.99
In Rendell's evocative portrayal of West London, the slums of Notting Hill Gate and the mews houses of Holland Park are not streets, but worlds, apart. But as the wealthy Leonora grew older, they grew apart, and Guy's innocent love turned into a dangerous, psychopathic obsession.
Very Good Good
9 in stock

In Rendell's evocative portrayal of West London, the slums of Notting Hill Gate and the mews houses of Holland Park are not streets, but worlds, apart. When these two worlds collide, the repercussions are fatal. Guy and Leonora were childhood sweethearts, and belonged to the same criminal gang. But as the wealthy Leonora grew older, they grew apart, and Guy's innocent love turned into a dangerous, psychopathic obsession. When Leonora announces her engagement , Guy knows there must be some mistake - and he is determined to right it, at any cost. As he becomes the victim of his own murderous madness, nobody is safe...

"One of the greatest novelists presently at work in our language" -- Scott Turow
"This is a book that cannot be taken for granted and no reader should pass it by" -- Anthony Clare * Sunday Times *
"A natural storyteller" * Times Literary Supplement *
"Rendell's eerier capacity to comprehend disturbed criminal minds continues to astonish" * The Times *
"There are quite a few Ruth Rendells: the doyenne of the traditional English detective novel; the queen of the psychological thriller; the celebrated author of the literary thriller" * Mail on Sunday *

GOR000420682
Going Wrong by Ruth Rendell
Ruth Rendell
Used - Very Good
Paperback
Cornerstone
1991-08-01
256
0099808404
9780099808404
N/A
Book picture is for illustrative purposes only, actual binding, cover or edition may vary.
This is a used book - there is no escaping the fact it has been read by someone else and it will show signs of wear and previous use. Overall we expect it to be in very good condition, but if you are not entirely satisfied please get in touch with us.