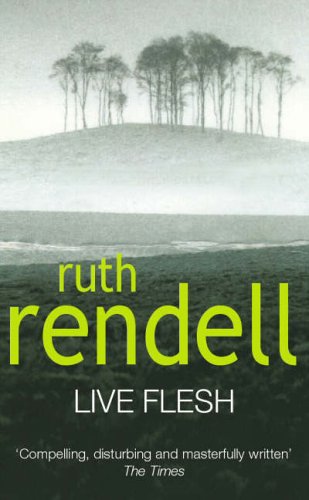 In Stock
£3.99
Victor Jenner is a sociopath. After ten years in prison for shooting - and permanently crippling - a young policeman, Victor is released to a strange new world and told to make a new life for himself. And suddenly Victor's new life is starting to look an awful lot like the old one.
Very Good Good
6 in stock

Victor Jenner is a sociopath. After ten years in prison for shooting - and permanently crippling - a young policeman, Victor is released to a strange new world and told to make a new life for himself. It's hard to adjust to civilian life, but at least there's one blessing - he was never convicted for all those rapes he committed. Then Victor meets David, the policeman he shot, and David's beautiful girlfriend, Clare. And suddenly Victor's new life is starting to look an awful lot like the old one.

"Powerfully claustrophobic" * Guardian *
"Ruth Rendell shows an unparalleled understanding of human evil." -- John Mortimer * Sunday Times *
"Compelling, disturbing and masterfully written." * The Times *
"Rendell knows how to make your hair stand up straight on your head" * Maeve Binchy *
"There are quite a few Ruth Rendells: the doyenne of the traditional English detective novel; the queen of the psychological thriller; the celebrated author of the literary thriller" * Mail on Sunday *

GOR000534725
Live Flesh by Ruth Rendell
Ruth Rendell
Used - Very Good
Paperback
Cornerstone
1987-01-31
272
0099502704
9780099502708
Winner of CWA Gold Dagger for Fiction 1986
Book picture is for illustrative purposes only, actual binding, cover or edition may vary.
This is a used book - there is no escaping the fact it has been read by someone else and it will show signs of wear and previous use. Overall we expect it to be in very good condition, but if you are not entirely satisfied please get in touch with us.