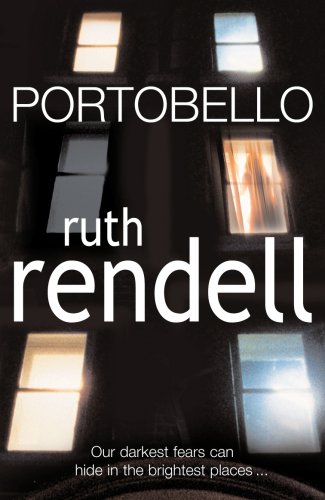 In Stock
£3.99
The Portobello area of West London has a rich personality - vibrant, brilliant in colour, noisy, with graffiti that approach art, bizarre and splendid.Eugene Wren inherited an art gallery from his father near an arcade that now sells cashmere, handmade soaps and children's clothes.
Very Good
6 in stock

The Portobello area of West London has a rich personality - vibrant, brilliant in colour, noisy, with graffiti that approach art, bizarre and splendid. An indefinable edge to it adds a spice of danger. There is nothing safe about Portobello... Eugene Wren inherited an art gallery from his father near an arcade that now sells cashmere, handmade soaps and children's clothes. But he decided to move to a more upmarket site in Kensington Church Street. Eugene is fifty, with prematurely white hair. He is, perhaps, too secretive for his own good. He also has an addictive personality. But he has cut back radically on his alcohol consumption and has given up cigarettes. Which is just as well, considering he is going out with a doctor. For all his good intentions, though, there is something he doesn't want her to know about... Eugene's secret links the lives of a number of very different people - each with their own obsessions, problems, dreams and despairs. And through it all the hectic life of Portobello bustles on...

"With this captivating novel, the reigning queen of crime fiction establishes that an unsolved murder is not a necessary ingredient of a suspense-filled mystery ... Her deft sculpturing of characters' idiosyncratic obsessions and foibles betrays a shrewdness of perception of which even the absent Wexford would be proud." * Time Out *
"A roundabout of characters is set whirling along in an irresistibly readable, tragi-comic carnival. Dr Johnson's dictum could be amended here: the reader who is tired of Ruth Rendell's novel of London is tired of life" * Independent *
"Impossible to put down ... Rendell, at her most sardonic here, may view all her characters as creatures who live under stones but it is her sense of place that counts. She makes you smell the excitement and desperation. Portobello is as brilliant as anything she has ever written" * Evening Standard *
"Ruth Rendell is marvellous at psychological tension ... Rendell is too clever and too accomplished to serve up the expected. She supplies a satisfying, rather low-key ending in which she knits all the threads together with a casual flourish that shows veteran expertise" * Sunday Times *
"A thriller steeped in psychological intrigue ... Rendell's prose style is as succinct and accessible as ever" * Daily Mirror *

GOR001187324
Portobello by Ruth Rendell
Ruth Rendell
Used - Very Good
Paperback
Cornerstone
2009-08-13
384
0099538636
9780099538639
N/A
Book picture is for illustrative purposes only, actual binding, cover or edition may vary.
This is a used book - there is no escaping the fact it has been read by someone else and it will show signs of wear and previous use. Overall we expect it to be in very good condition, but if you are not entirely satisfied please get in touch with us.