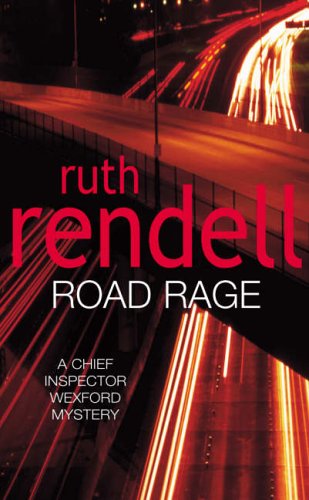 In Stock
£4.49
The seventeenth book to feature the classic crime-solving detective, Chief Inspector Wexford. Wexford's wife Dora joins the protest movement, but Wexford must be more circumspect. Just as Wexford is about to investigate the murder, a number of people disappear - including Dora Wexford.
Very Good Good
Only 4 left

The seventeenth book to feature the classic crime-solving detective, Chief Inspector Wexford. A by-pass is planned in the sleepy village of Kingsmarkham, a move that would destroy its peace and natural habitat forever. Wexford's wife Dora joins the protest movement, but Wexford must be more circumspect. Trouble is expected. Before the protesters even have a chance to make their presence felt, the badly decomposed body of a young woman is discovered. Burden believes he knows the identity of the murderer, but Wexford is not convinced. Just as Wexford is about to investigate the murder, a number of people disappear - including Dora Wexford. The Chief Inspector must battle with his powerful emotions and solve the case immediately, before his wife is placed in any mortal danger...

"One of the greatest novelists presently at work in our language ... A writer whose work should be read by anyone who either enjoys a brilliant mystery - or distinguished literature" * Scott Turow *
"The most brilliant mystery novelist of our time" * Patricia Cornwell *
"With immaculate control, Ruth Rendell builds a menacing crescendo of tension and horror that keeps you guessing right up to the brilliantly paced finale" * Good Housekeeping *
"Without doubt the most distinguished living writer of crime stories... Ruth Rendell really makes the most of this beautifully-imagined plot" * Birmingham Post *

GOR000477748
Road Rage: (A Wexford Case) by Ruth Rendell
Ruth Rendell
Wexford
Used - Very Good
Paperback
Cornerstone
1998-06-06
400
0099470616
9780099470618
N/A
Book picture is for illustrative purposes only, actual binding, cover or edition may vary.
This is a used book - there is no escaping the fact it has been read by someone else and it will show signs of wear and previous use. Overall we expect it to be in very good condition, but if you are not entirely satisfied please get in touch with us.