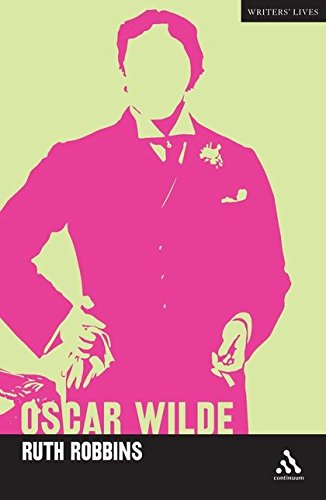 In Stock
£7.49
Oscar Wilde's reputation has shifted dramatically during the twentieth century from outcast in the wake of his trials for homosexual offences, to martyr to the gay cause in the 1980s and 90s, to important figure in the history of writing in English. This title offers readers a short, readable introduction to Oscar Wilde's life, work and afterlife.
Very Good
Only 1 left

This is a short, readable introduction to Oscar Wilde's life, work and afterlife. Oscar Wilde's reputation has shifted dramatically during the twentieth century from outcast in the wake of his trials for homosexual offences, to martyr to the gay cause in the 1980s and 90s, to important figure in the history of writing in English. Ruth Robbins introduces Wilde through a focus on his manipulations of genre and sets Wilde's life and work in its literary and cultural context, including the history of Victorian drama; the contexts of criticism in the period; poetry as post-romantic and pre-modernist mode of expression; the uses and subversions of fictional forms in his work; and his subversion of the autobiographical mode in his prison letter "De Profundis". This comprehensive and readable introduction offers readers and students a lively and informative guide to Wilde's significance in the context of his own time and his extensive afterlife in literature, criticism and popular culture. It offers concise, accessible introductions to major writers focusing equally on their life and works. Written in a lively style to appeal to both students and readers, books in the series are ideal guides to authors and their writing.

'If literature, as Oscar Wilde once claimed, is not read at all, then either his work is not literature or Ruth Robbins has proved him wrong in this wonderfully original and provocative, deeply insightful critical account and appreciation of the text of Wilde. More than merely introductory-though Robbins' study is the single most indispensable inauguration to the Wildean oeuvre I've had the fortune to read-here is a radically challenging, beautifully written, and intimately perceptive reading of Wilde. Robbins' Oscar Wilde will, I have no doubt, set the agenda for thinking about Wilde again and, what is more to the point, astutely and intelligently. As Ruth Robbins demonstrates on every page with perceptive insight, wit and aplomb, the truth is rarely pure and never simple, but, in readings such as this, as rare as they are necessary, it is the truth-the truth of Wilde and the truth that only the literary and reading can effect-which appears everywhere. As Henry David Thoreau might have observed had he had the chance to read Oscar Wilde, read the best books first, or you may not have a chance to read them at all. Oscar Wilde is one of those books.'
Choice

Ruth Robbins is Associate Dean and Head of the School of Cultural Studies at Leeds Metropolitan University, UK. She has published widely on the late nineteenth century in general and on Oscar Wilde in particular.

GOR009956945
Oscar Wilde by Ruth Robbins
Ruth Robbins
Writers Lives
Used - Very Good
Paperback
Continuum Publishing Corporation
2011-06-01
176
0826498523
9780826498526
N/A
Book picture is for illustrative purposes only, actual binding, cover or edition may vary.
This is a used book - there is no escaping the fact it has been read by someone else and it will show signs of wear and previous use. Overall we expect it to be in very good condition, but if you are not entirely satisfied please get in touch with us.