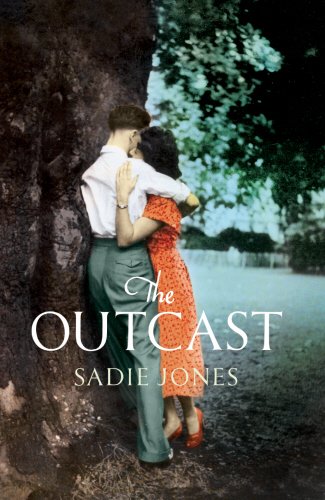 The Outcast
by Sadie Jones

In Stock
£4.99
1957, and Lewis Aldridge is travelling back to his family home in the South of England. He reverts easily to suburban life - cocktails at six thirty, church on Sundays - but his wife and young son resist the stuffy routine.
Very Good
Only 1 left

The Outcast by Sadie Jones

1957, and Lewis Aldridge is travelling back to his family home in the South of England. He is straight out of jail and just nineteen years old. His return will trigger the implosion not just of his family, but of a whole community. A decade earlier, his father's homecoming casts a different shape. The war is over and Gilbert has recently been demobbed. He reverts easily to suburban life - cocktails at six thirty, church on Sundays - but his wife and young son resist the stuffy routine. Lewis and his mother escape to the woods for picnics, just as they did in wartime days. Nobody is surprised that Gilbert's wife counters convention, but they are all shocked when, after one of their jaunts, Lewis comes back without her. Not far away, Kit Carmichael keeps watch. She has always understood more than most, not least from what she has been dealt by her own father's hand. Lewis's grief and burgeoning rage are all too plain, and Kit makes a private vow to help. But in her attempts to set them both free, she fails to predict the painful and horrifying secrets that must first be forced into the open. As menacing as it is beautiful, The Outcast is a devastating portrait of small-town hypocrisy from an astonishing new voice.

"Febrile and atmospheric" * Good Book Guide *
"An assured voice, a riveting story, and an odd, wrenchingly sympathetic protagonist. I would never have imagined this was a first novel." -- Lionel Shriver
"In the tradition of Atonement and Remains of the Day but in her own singularly arresting voice, Sadie Jones conjures up the straight-laced, church-going, secretly abusive middle class of 1950's England. The Outcast is a passionate and deeply suspenseful novel about what happens to those who break the rules, and what happens to those who keep them. I loved reading this wonderful debut." -- Margot Livesey

Sadie Jones lives in London. The Outcast is her first novel.

GOR001118784
The Outcast by Sadie Jones
Sadie Jones
Used - Very Good
Paperback
Vintage Publishing
2008-02-07
352
0701181761
9780701181765
Short-listed for Costa First Novel Award 2009 (UK)
Book picture is for illustrative purposes only, actual binding, cover or edition may vary.
This is a used book - there is no escaping the fact it has been read by someone else and it will show signs of wear and previous use. Overall we expect it to be in very good condition, but if you are not entirely satisfied please get in touch with us.