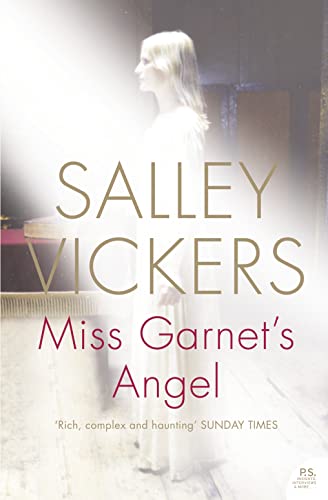 Salley Vicker's sensational debut novel, `Miss Garnet's Angel' is a voyage of discovery; a novel about Venice but also the rich story of the explosive possibilities of change in all of us at any time.

Salley Vicker's sensational debut novel, `Miss Garnet's Angel' is a voyage of discovery; a novel about Venice but also the rich story of the explosive possibilities of change in all of us at any time.

Julia Garnet is a teacher. Just retired, she is left a legacy which she uses by leaving her orderly life and going to live - in winter - in an apartment in Venice. Its beauty, its secret corners and treasures, and its people overwhelm a lifetime of reserve and caution. Above all, she's touched by the all-prevalent spirit of the Angel, Raphael.

The ancient tale of Tobias, who travels to Media unaware he is accompanied by the Archangel Raphael, unfolds alongside Julia Garnet's contemporary journey.

The result is an enormously satisfying journey of the spirit - and Julia Garnet is a character to treasure.

Reveals itself as a surprising exploration of the mysteries of imagination and faith.' Joanna Trollope, Daily Telegraph, Book of the Year

Salley Vickers divides her time between London and Venice. Previously a university lecturer in English, when not writing she practices as a psychologist and still lectures widely on the connections between literature, psychology and religion.

GOR000354344
Miss Garnet's Angel by Salley Vickers
Salley Vickers
Used - Very Good
Paperback
HarperCollins Publishers
2001-01-02
400
0006514219
9780006514213
N/A
Book picture is for illustrative purposes only, actual binding, cover or edition may vary.
This is a used book - there is no escaping the fact it has been read by someone else and it will show signs of wear and previous use. Overall we expect it to be in very good condition, but if you are not entirely satisfied please get in touch with us.