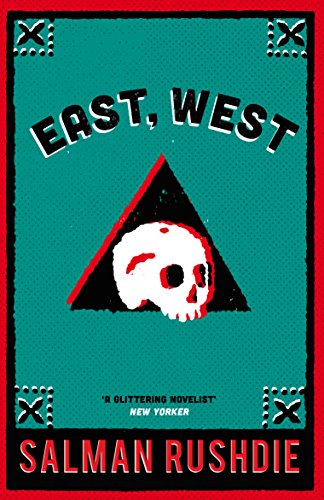 In Stock
£2.39
This dazzling collection of short stories explores the allure and confusion of what happens when East meets West. With one foot in the East and one foot in the West, this collection reveals the oceanic distances and the unexpected intimacies between the two.
Very Good Good
8 in stock

This dazzling collection of short stories explores the allure and confusion of what happens when East meets West. Fantasy and realism collide as a rickshaw driver writes letters home describing his film star career in Bombay; a mispronunciation leads to romance and an unusual courtship in sixties London; two childhood friends turned diplomats live out fantasies hatched by Star Trek; and Christopher Columbus dreams of consummating his relationship with Queen Isabella. With one foot in the East and one foot in the West, this collection reveals the oceanic distances and the unexpected intimacies between the two.

"A vindication of the rights of fiction...His story-telling powers are alive and well - his ingenuity, wit, charm and his restless talent for the unexpected" * Sunday Times *
"Literary magic" * Literary Review *
"The most original imagination writing today" * Nadine Gordimer *
"Scheherazade meets Star Trek in these well-honed miniatures from the maestro of the cross-cultural blockbuster" * Independent *
"Home in neither, but poised somewhere in between - Salman Rushdie's volume of short stories on this theme is deft, inventive, entertaining" * Financial Times *

Salman Rushdie is the author of thirteen previous novels - Grimus, Midnight's Children (for which he won the Booker Prize and the Best of the Booker), Shame, The Satanic Verses, Haroun and the Sea of Stories, The Moor's Last Sigh, The Ground Beneath Her Feet, Fury, Shalimar the Clown, The Enchantress of Florence, Luka and the Fire of Life, Two Years, Eight Months, and Twenty-Eight Nights, and The Golden House - and one collection of short stories: East, West. He has also published four works of non-fiction - Joseph Anton, The Jaguar Smile, Imaginary Homelands, and Step Across This Line - and co-edited two anthologies, Mirrorwork and Best American Short Stories 2008. He is a member of the American Academy of Arts and Letters and a Distinguished Writer in Residence at New York University. A former president of PEN American Center, Rushdie was knighted in 2007 for services to literature.

GOR001111308
East, West by Salman Rushdie
Salman Rushdie
Used - Very Good
Paperback
Vintage Publishing
1995-09-07
192
0099533014
9780099533016
N/A
Book picture is for illustrative purposes only, actual binding, cover or edition may vary.
This is a used book - there is no escaping the fact it has been read by someone else and it will show signs of wear and previous use. Overall we expect it to be in very good condition, but if you are not entirely satisfied please get in touch with us.