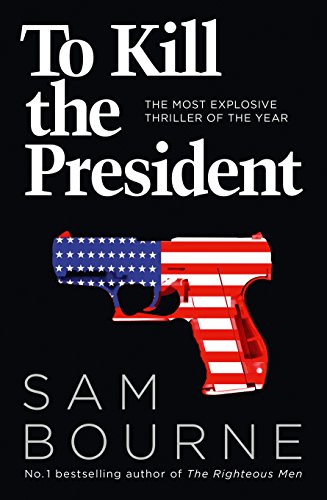 To Kill the President
by Sam Bourne

To Kill the President Summary

To Kill the President by Sam Bourne

The unthinkable has happened...

The United States has elected a volatile demagogue as president, backed by his ruthless chief strategist, Crawford `Mac' McNamara.

When a war of words with the North Korean regime spirals out of control and the President comes perilously close to launching a nuclear attack, it's clear someone has to act, or the world will be reduced to ashes.

Soon Maggie Costello, a seasoned Washington operator and stubbornly principled, discovers an inside plot to kill the President - and faces the ultimate moral dilemma. Should she save the President and leave the free world at the mercy of an increasingly crazed would-be tyrant - or commit treason against her Commander in Chief and risk plunging the country into a civil war?

To Kill the President Reviews

`Couldn't be more relevant if it tried. Bloody terrifying' The Pool

`Ingenious ... page-turning ... drawing on The Day of the Jackal, Julius Caesar and perhaps Dr Strangelove ... few novels have been as urgently topical' Sunday Times

'A pacy, engaging and morally serious thriller that offers no easy answers on the limits of loyalty and dissent within a democracy' Guardian

`A Day of the Jackal for these dizzying times' Ian Rankin

`It's a gripping thriller, a brilliant satire and - I fear - a prescient warning' Tim Shipman, Political Editor of the Sunday Times

`If you like the sinister intrigue of House of Cards mixed with the epic calamity of Homeland, you're going to love Sam Bourne's thrilling new book' Eli Attie, Writer/Producer, The West Wing

Sam Bourne is the pseudonym of award-winning journalist and broadcaster Jonathan Freedland, who writes a weekly column for the Guardian and is the presenter of BBC Radio 4's contemporary history series, The Long View. He served for four years as the Guardian's Washington correspondent, covered the 2016 US election campaign and is a widely respected commentator on American affairs.

His previous five internationally bestselling novels have sold over 2 million copies and been published in over 30 languages.

GOR008491427
To Kill the President by Sam Bourne
Sam Bourne
Used - Very Good
Paperback
HarperCollins Publishers
2017-07-04
416
0007413726
9780007413720
N/A
Book picture is for illustrative purposes only, actual binding, cover or edition may vary.
This is a used book - there is no escaping the fact it has been read by someone else and it will show signs of wear and previous use. Overall we expect it to be in very good condition, but if you are not entirely satisfied please get in touch with us.