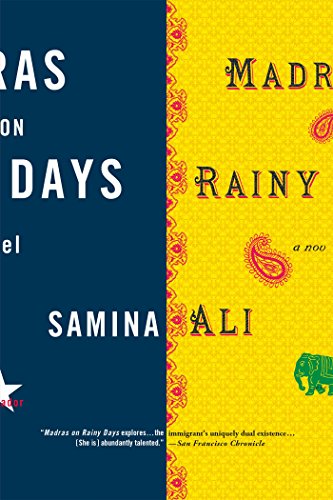 As a dutiful Muslim daughter, and an independent young American, Layla is torn between clashing identities. When she reluctantly submits to an arranged marriage in Hyderabad, Layla experiences all the ancient and elaborate rites of a highly traditional wedding. Set against a background of rising Hindu-Muslim violence, and taboo questions of sexuality, Samina Ali presents the complexities of life behind the chador, and the story of a marriage where no one is what they seem.

"Her story is intriguing not for its surprises...but because she is one of a rare breed of writers who take us into the closed world behind a Muslim woman's veil." --Mitali Saran, Far Eastern Economic Review

"Layla and Sameer tussle out not just their personal and sexual struggles, but the larger questions of where and how they can belong to both the Unites States and India. The novel has a fierce and shimmering intensity....Madras on Rainy Days has given us something new." --Star Tribune

"This book goes to a place where few, if any, of its predecessors have gone before....A deeply feminist novel with richly drawn and complicated characters." --Ms. Magazine

Samina Ali was born in Hyderabad, India, and raised both in India and the US. She received her MFA from the University of Oregon. Madras On Rainy Days is her debut novel.

GOR010191507
Madras on Rainy Days by Samina Ali
Samina Ali
Used - Well Read
Paperback
Picador USA
2005-01-28
320
0312423306
9780312423308
N/A
Book picture is for illustrative purposes only, actual binding, cover or edition may vary.
This is a used book - there is no escaping the fact it has been read by someone else and it will show signs of wear and previous use. Overall we expect it to be in very good condition, but if you are not entirely satisfied please get in touch with us.