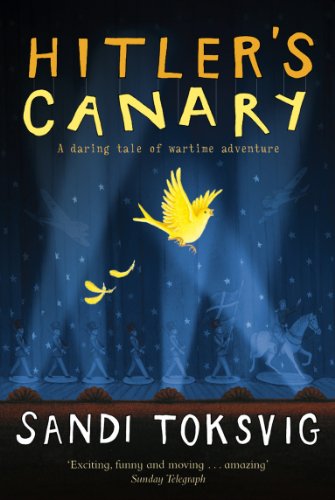 In Stock
£5.49
Talks about April 1940 when the German troops began pouring into Denmark. When it became clear that the trouble isn't just going to pass them by, the people of Denmark decide to take action and Bamse and his eccentric family take part in one of history's most dramatic rescues - smuggling Denmark's Jewish population, across to Sweden.
Very Good Good Well Read
33 in stock

It's April 1940 and German troops are pouring onto the streets of Denmark. 12-year-old Bamse is ordered by his father to keep his head down and stay out of trouble. But Bamse and his daring friend Anton can't resist playing the occasional practical joke on the invading soldiers. When it becomes clear that the trouble isn't just going to pass them by, the people of Denmark decide to take action and Bamse and his eccentric family are about to take part in one of history's most dramatic rescues - smuggling Denmark's Jewish population, across the water to Sweden, and safety.

Many of the characters are based on Sandi's own family, including her father, Bamse, and the book was inspired by the stories her told to her.

There are not many classic children's novels about the Second World War but this is one of them. Toksvig's enchanting and inspiring tale reminds us of how even the smallest people made a difference -- Amanda Craig * The Times *
There are several heart-stopping moments but overall the story is told with a light touch and many moments of humour * The Bookseller *
On the evidence of this warm and enlightening tale, Sandi Toksvig is as skilled at writing for children as she is for adults . . . Toksvig manages to lace the action with plenty of humour but without trivialising the momentous events * Waterstone's Books Quarterly *
A must-read for any pupil studying World War II and any pupil looking for a truly remarkable "real-life" story to inspire and delight * Teaching & Learning *
A suspenseful, humane story -- Nicolette Jones * The Sunday Times *

Following a first-class degree from Cambridge, Sandi Toksvig went into the theatre, where she both wrote and performed before becoming one of the founder members of the Comedy Store Players. She is well known for her television and radio work, as a presenter, writer and actor. She has written four books for children including Unusual Day, published by Young Corgi in 1996.

GOR001019093
Hitler's Canary by Sandi Toksvig
Sandi Toksvig
Used - Very Good
Paperback
Random House Children's Publishers UK
2006-07-06
304
0440866626
9780440866626
N/A
Book picture is for illustrative purposes only, actual binding, cover or edition may vary.
This is a used book - there is no escaping the fact it has been read by someone else and it will show signs of wear and previous use. Overall we expect it to be in very good condition, but if you are not entirely satisfied please get in touch with us.