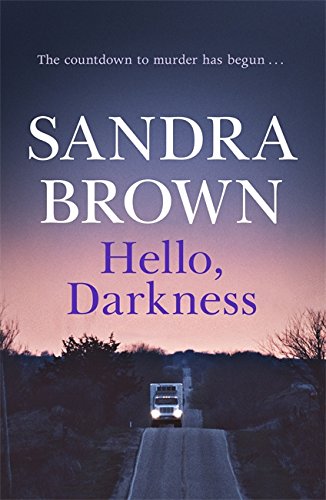 The countdown to murder has begun . . .

When a caller to a late night radio talk show announces his intention to murder a woman he's kidnapped within seventy-two hours, mayhem ensues. Paris Gibson, the mysterious host of the show in question, finds herself in the spotlight for the first time in years.

Who has been abducted? And what is the identity of the caller, known only as 'Valentino'? The clock is ticking and in the midst of the frenzy to track down the missing woman, Paris finds herself working alongside someone she's tried hard to forget: Dean Malloy, the police psychologist who's heading up the investigation.

With every hour that passes, the hunt grows increasingly desperate but how significant are the secrets that Dean and Paris conceal in their mutual past? They need to identify Valentino before he can execute his murderous plans . . . and before he can exact vengeance on Paris for trying to stop him.

Sandra Brown is the author of numerous New York Times bestselling thrillers. She lives in Arlington, Texas. Visit her website at www.sandrabrown.com and connect with her on Twitter: @SandraBrown_NYT

GOR000670907
Hello, Darkness: The gripping thriller from #1 New York Times bestseller by Sandra Brown
Sandra Brown
Used - Very Good
Paperback
Hodder & Stoughton General Division
2004-02-02
416
034082770X
9780340827703
N/A
Book picture is for illustrative purposes only, actual binding, cover or edition may vary.
This is a used book - there is no escaping the fact it has been read by someone else and it will show signs of wear and previous use. Overall we expect it to be in very good condition, but if you are not entirely satisfied please get in touch with us.