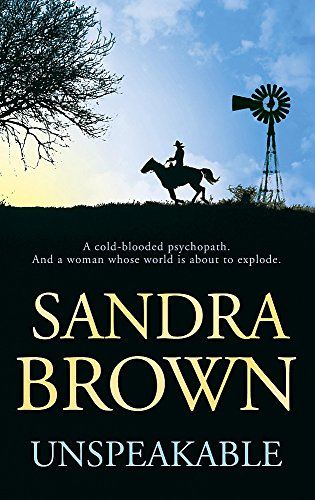 In Stock
£4.99
A harrowing novel of suspense and an international bestseller, by the New York Times bestselling author of THE CRUSH and HELLO, DARKNESS.
Very Good
Only 1 left

A cold-blooded psychopath. And a woman whose world is about to explode.

Carl Herbold enjoys being bad. And he is terrifyingly good at it. He graduated easily from juvenile delinquent to full-blown killer. Now he has carried out a daring escape from jail and is headed back to where it all began.

Anna Corbett was widowed right before her son was born. Beset by debt and personal tragedy, she faces the toughest challenge of her life - holding on to the ranch that is her son's birthright - unaware that she is at the centre of Carl Herbold's vengeful plan.

Drifter Jack Sawyer is a seemingly easygoing cowboy whose past is shrouded in mystery. Stalked by secrets he can no longer outrun, he is hoping to protect Anna and her son from Herbold's rage.

All must grapple with their own demons before the final tumultuous confrontation.

A masterful storyteller, carefully crafting tales that keep readers on the edge of their seats * USA Today *
The suspense is keep-the-lights-on riveting * Dallas Morning News *

GOR000508247
Unspeakable: The gripping thriller from #1 New York Times bestseller by Sandra Brown
Sandra Brown
Used - Very Good
Paperback
Hodder & Stoughton General Division
2004-11-08
512
0340836431
9780340836439
N/A
Book picture is for illustrative purposes only, actual binding, cover or edition may vary.
This is a used book - there is no escaping the fact it has been read by someone else and it will show signs of wear and previous use. Overall we expect it to be in very good condition, but if you are not entirely satisfied please get in touch with us.