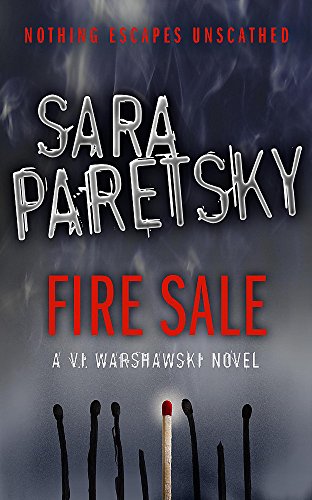 In Stock
£4.49
The twelfth V. I. Warshawski novel from one of America's foremost writers of crime fiction, combining contemporary issues, social injustice and fast-paced suspense.
Very Good Good
Only 3 left

Death, conspiracy and burning buildings - coming home wasn't meant to be like this.

A dangerous, depressed place reeking of bad memories, South Chicago is a neighbourhood private investigator V.I. Warshawski left a long time ago. But now she's back, drawn to the streets of her childhood once again to do a favour for a friend.

It was never going to be easy - and when the mother of a local girl asks her to look into claims of sabotage at the factory where she works, V.I. quickly finds herself caught up in something far more sinister.

They say home is where the heart is, but now, as she lies by the roadside with a piece of hot, twisted metal embedded in her shoulder, looking up at the factory's smouldering remains, Warshawski is beginning to wonder whether a trip down memory lane was such a good idea after all . . .

GOR000397239
Fire Sale: V.I. Warshawski 12 by Sara Paretsky
Sara Paretsky
Used - Very Good
Paperback
Hodder & Stoughton General Division
2006-06-01
528
0340839104
9780340839102
N/A
Book picture is for illustrative purposes only, actual binding, cover or edition may vary.
This is a used book - there is no escaping the fact it has been read by someone else and it will show signs of wear and previous use. Overall we expect it to be in very good condition, but if you are not entirely satisfied please get in touch with us.