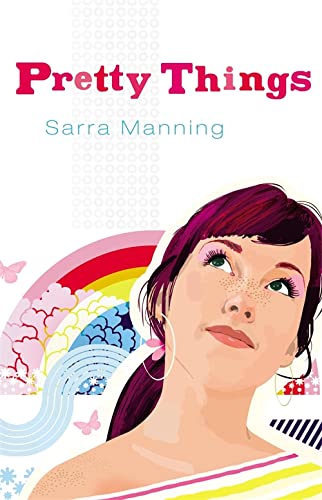 In Stock
£3.99
Set against a backdrop of North London and drama group, four unforgettable teens struggle for identity, self-esteem and some kind of significance in life in this wittily, wickedly observed comedy of teen manners!
Very Good
7 in stock

Brie is in love with Lancome Juicy Tubes, Louis Vuitton accessories and Charlie, her gay best friend.But Charlie is in love with 1960's pop art, 1980s teen movies ...and serial heartbreaker, Walker. Walker has only ever been in love with his VW Bug, until he meets Daisy. And Daisy is far too busy hating everyone to know what love is...

This is a story about kissing people you shouldn't, falling in love and off your heels, and breaking hearts because there'e nothing to watch on telly.

(of Guitar Girl) 'Sarra Manning's debut novel follows the highs and lows of the rock'n'roll lifestyle in this warts 'n' all spoof autobiography of Molly Montogomery, lead singer of teen band, The Hormones...Just the thing for wannabe pop stars.' * The Bookseller *
(of Guitar Girl) '...Molly Montgomery's compelling voice will pull in readers as she chronicles her quick rise to pop star fame with her band, The Hormones.' * Publishers Weekly *
(of Guitar Girl) 'Nice, pacy read and an antidote for children reared on Pop Idol.' * Dina Rabinovitch, The Guardian *
A funny, stylish tale of testing crushes written by an ex-ELLEgirl editor. * ELLE Girl *
Light-hearted and witty. A great holiday book. * mykindplace.com *
A wittily, wickedly observed comedy of teen manners! * Youngscot.org *
'Witty and pacy, the story deals with the complexity and confusion of teenage emotions. The use of multiple narrators adds depth and humour.' * Bookfest *
Within the interwoven stories, it is easy to identify with and care for each character in this fast-paced narration. * Gloucester Citizen *
A funny and enjoyable book about friendships and first love. * booktrust *

Sarra Manning is a teen queen extraordinaire. She spent five years
working on the legendary but now sadly defunct UK teen mag, J17, first
as a writer and then as Entertainment Editor. She then joined the
launch team of teen fashion bible Ellegirl UK, which she later went on
to edit and has consulted on a wide range of other youth titles
including Bliss, The Face and More.
Sarra was most recently editor of BBC's What To Wear magazine. She's
now advises a number of UK magazine publishers as well as writing
features and a monthly column for ELLE UK and is a regular contributor
to Grazia and Red magazines. Sarra has also contributed to The
Guardian, ES Magazine, Seventeen, Details and Heat and wrote the Shop
Bitch column for Time Out London. Sarra lives in North London with her
devoted dog, Dino, the mongrel she saved from an untimely death.

GOR000755150
Bite: Pretty Things by Sarra Manning
Sarra Manning
Used - Very Good
Paperback
Hachette Children's Group
2005-01-13
352
0340883723
9780340883723
N/A
Book picture is for illustrative purposes only, actual binding, cover or edition may vary.
This is a used book - there is no escaping the fact it has been read by someone else and it will show signs of wear and previous use. Overall we expect it to be in very good condition, but if you are not entirely satisfied please get in touch with us.