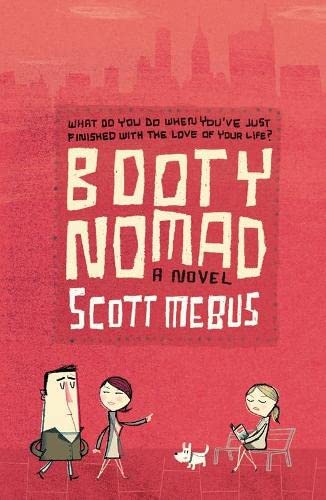 In Stock
£4.99
A wickedly funny and unexpectedly touching romantic comedy, shot through with vibrant, witty, dialogue and lovably mixed up characters
Very Good
Only 1 left

How could I have loved the Eater of Souls, you might ask? She played games with my head, she mocked my insecurities, she refused to have sex with me because she said she felt like her dog was watching. Her dog was in New Jersey. She just felt like he was watching. You know, across space and time. He was that kind of dog.

But despite all this she was perfect for me. That is, until one day I woke up and looked over at her sleeping face and noticed something. I was unhappy. I loved her, I ache for her to this day, but I wasn't happy. So I did the hardest and most courageous thing I have ever done. I broke up with her a month later by e-mail. Okay, in many ways, I'm small. But

I'm trying to get bigger.

David's a mess. He doesn't know how to get over his ex, the Eater of Souls. He tried traditional methods, such as sleeping with a co-worker and looking at his female friends in a new light. He's even tried talking to his parents - only to discover that they're definitely having a lot more sex than he is right now. But the Eater of Souls is still there, like a phantom limb after a painful amputation.

Then along comes the Goddess. She's funny, she's clever, she's beautiful: in short, she's perfect. But, as David well knows, the problem isn't meeting the woman of your dreams - it's managing not to screw up once you've found her.

Scott Mebus is a novelist, songwriter, playwright, comic, and music producer for MTV and VH1. He lives in Manhattan, where he is writing the sequel to BOOTY NOMAD.

GOR001174214
Booty Nomad by Scott Mebus
Scott Mebus
Used - Very Good
Paperback
Pan Macmillan
2005-05-06
368
0330426516
9780330426510
N/A
Book picture is for illustrative purposes only, actual binding, cover or edition may vary.
This is a used book - there is no escaping the fact it has been read by someone else and it will show signs of wear and previous use. Overall we expect it to be in very good condition, but if you are not entirely satisfied please get in touch with us.