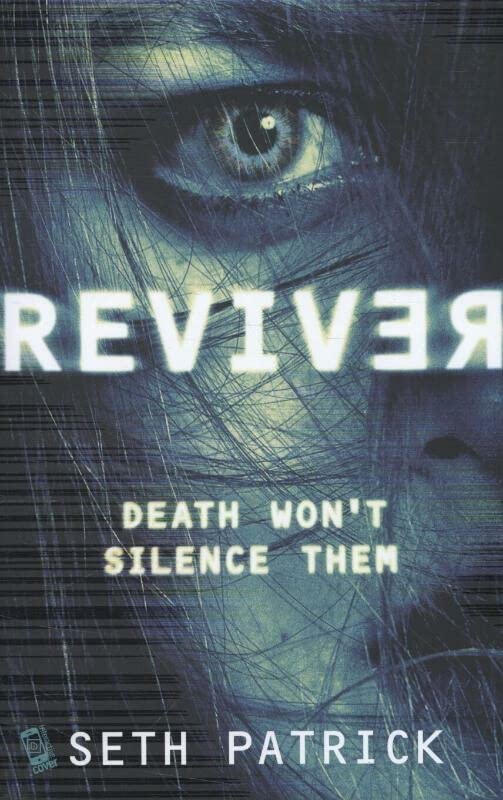 The Reviver
by Seth Patrick

Reviver is an action-packed supernatural thriller from debut author Seth Patrick, that is perfect for all fans of Justin Cronin, Stephen King and Dean Koontz.

The Reviver by Seth Patrick

Revivers. Able to wake the recently dead, and let them bear witness to their own demise. Twelve years after the first reviver came to light, they have become accepted by an uneasy public. The testimony of the dead is permitted in courtrooms across the world. Forensic revival is a routine part of police investigation.

In the United States, that responsibility falls to the Forensic Revival Service. Despite his troubled past, Jonah Miller is one of their best. But while reviving the victim of a brutal murder, he encounters a terrifying presence. Something is watching. Waiting. His superiors tell him it was only in his mind, a product of stress. Jonah is not so certain.

Then Daniel Harker, the first journalist to bring revival to public attention, is murdered, and Jonah finds himself getting dragged into the hunt for answers. Working with Harker's daughter Annabel, he's determined to find those responsible and bring them to justice. Soon they uncover long-hidden truths that call into doubt everything Jonah stands for, and reveal a threat that if not stopped in time, will put all of humanity in danger . . .

Seth Patrick was born in Northern Ireland. An Oxford mathematics graduate, he spent thirteen years working as a games programmer on the award-winning Total War series before becoming a full-time author. He lives in England with his wife and two children.

GOR004817500
The Reviver by Seth Patrick
Seth Patrick
Used - Very Good
Paperback
Pan Macmillan
2013-06-20
416
0230768946
9780230768949
Long-listed for Waverton Good Read Award 2014 (UK)
Book picture is for illustrative purposes only, actual binding, cover or edition may vary.
This is a used book - there is no escaping the fact it has been read by someone else and it will show signs of wear and previous use. Overall we expect it to be in very good condition, but if you are not entirely satisfied please get in touch with us.