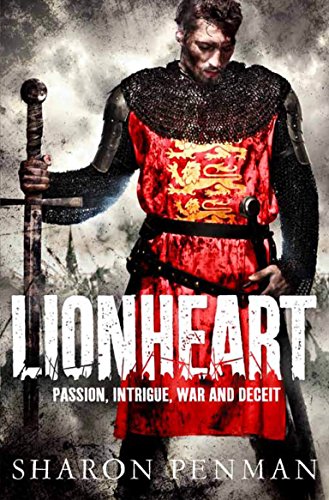 Richard I was crowned King in 1189 and set off almost immediately for the Third Crusade. This was a bloody campaign to regain the Holy Land, marked by warfare among the Christians and extraordinary campaigns against the Saracens. Men and women found themselves facing new sorts of challenges and facing an uncertain future. John, the youngest son, was left behind - and with Richard gone, he was free to conspire with the French king to steal his brother's throne.

Overshadowing the battlefields that stretched to Jerusalem and beyond were the personalities of two great adversaries: Richard and Saladin. They quickly took the measure of each other in both war and diplomacy. The result was mutual admiration: a profound acknowledgement of a worthy opponent.

In Lionheart, a gripping narrative of passion, intrigue, battle and deceit, Sharon Penman reveals a true and complex Richard - a man remarkable for his power and intelligence, his keen grasp of warfare and his concern for the safety of his men, who followed him against all odds.

The great Crusader king Richard the Lionheart comes alive in all his complex splendor in this masterpiece of a medieval tapestry -- Margaret George, best selling author of Elizabeth I

Sharon Penman is the author of several historical novels and medieval mysteries set during the Middle Ages. Her novels include Lionheart, about Richard I and the Crusades, A King's Ransom, completing the story of Richard I, and The Sunne in Splendour about the end of England's War of the Roses. She lives in Mays Landing, New Jersey.

GOR004426414
Lionheart by Sharon Penman
Sharon Penman
Used - Very Good
Paperback
Pan Macmillan
2013-01-01
608
1447205367
9781447205364
N/A
Book picture is for illustrative purposes only, actual binding, cover or edition may vary.
This is a used book - there is no escaping the fact it has been read by someone else and it will show signs of wear and previous use. Overall we expect it to be in very good condition, but if you are not entirely satisfied please get in touch with us.