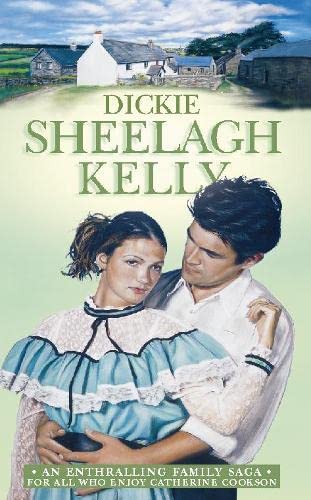 Supposedly dying a hero's death in a tragic fire in 1874, Richard Feeney secretly escaped the flames and fled to America, where he prospered. Now, twenty-six years later, he is back in York in the bosom of his astonished family.

The year 1900 is about to fade... along with the life of Patrick Feeney, Dickie's beloved father. Recriminations are temporarily forgotten, as the family reunites in grief. But the past has a way of catching up, and Dickie's day of reckoning is just around the corner. His jaunty good looks and disregard for the law invariably land Dickie in trouble. Behind him lies a trail of chaos, and his long-suffering wife and family are burdened with the consequences. When Mr Rufforth of the Yorkshire Insurance Company recognizes Dickie as the son who supposedly died, he is faced with a trial and possible imprisonment. Meanwhile, Detective Chief Inspector Scholes Nettleton reopens his files on an unsolved double murder.

Sheelagh Kelly was born in York. She left school at fifteen and went to work as a book-keeper. She has written for pleasure since she was a small child. Later she developed a keen interest in genealogy and history, which led her to trace her ancestors' story, and inspired her to write her first book. She has since produced many bestselling novels.

GOR004399321
Dickie by Sheelagh Kelly
Sheelagh Kelly
Used - Very Good
Paperback
HarperCollins Publishers
2009-10-23
528
0007352719
9780007352715
N/A
Book picture is for illustrative purposes only, actual binding, cover or edition may vary.
This is a used book - there is no escaping the fact it has been read by someone else and it will show signs of wear and previous use. Overall we expect it to be in very good condition, but if you are not entirely satisfied please get in touch with us.