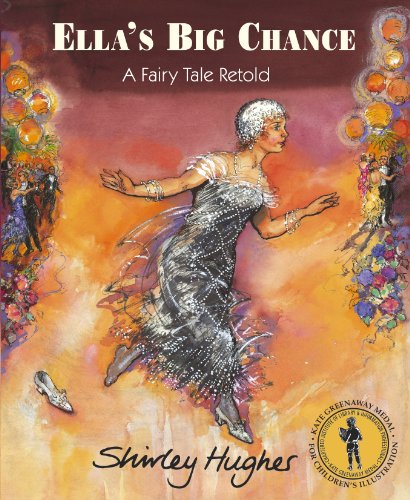 In Stock
£9.99
Mr Cinders was a dressmaker and ran a shop in town. Poor Ella was treated horribly by her stepmother and two bullying stepsisters, but found solace in her friend, Buttons. Then one day, everyone except Ella is invited to a grand ball given by the Duchess of Arc for her handsome son.
Very Good Good Well Read
5 in stock

Mr Cinders was a dressmaker and ran a shop in town. After his wife died, he was left to bring up their daughter, Ella, on his own. They lived happily until Mr Cinders married again. Poor Ella was treated horribly by her stepmother and two bullying stepsisters, but found solace in her friend, Buttons. Then one day, everyone except Ella is invited to a grand ball given by the Duchess of Arc for her handsome son. But on this very special evening there is more than a little magic in the air . . . This outstanding re-telling of Cinderella is set in the 1920s and the paintings feature Shirley's own costume designs, inspired by the great French couturiers of the period.

"The pictures are glamourous, romantic and atmospheric . . . but the twists in the story are among the reasons why this book is so satisfying . . . This is a truly happy ending" * The Sunday Times *
"Hughes continues to grant our wishes by bringing stories to life with her mastery of text and joy of illustration" -- Lesley Agnew * The Bookseller *
"Hughes' warm colours capture the magic of the period and the story will captivate readers" * The Good Book Guide *
"This stylish book is joyously illustrated . . . The costume designs are original and inspired by the great French couturiers. The delightful, surprising finale will satisfy all romantics" * Carousel *
"Shirley Hughes will win the hearts of body-conscious girls with Ella's Big Chance" -- Geraldine Brennan * TES *

GOR001108638
Ella's Big Chance by Shirley Hughes
Shirley Hughes
Used - Very Good
Paperback
Random House Children's Publishers UK
2005-04-07
48
0099433095
9780099433095
N/A
Book picture is for illustrative purposes only, actual binding, cover or edition may vary.
This is a used book - there is no escaping the fact it has been read by someone else and it will show signs of wear and previous use. Overall we expect it to be in very good condition, but if you are not entirely satisfied please get in touch with us.