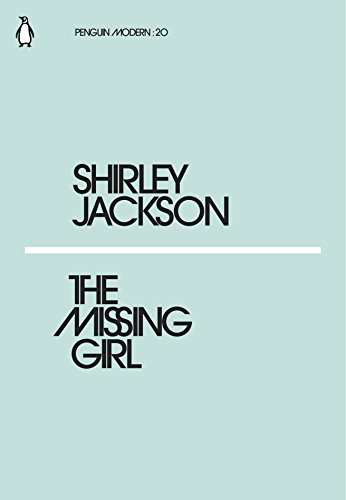 The Missing Girl
by Shirley Jackson

The Missing Girl by Shirley Jackson

' "Of course, no one would want to say anything about a girl like this that's missing..." '

Malice, paranoia and creeping dread lie beneath the surface of ordinary American life in these chilling miniature masterworks of unease.

Shirley Jackson was born in California in 1916. When her short story The Lottery was first published in the New Yorker in 1948, readers were so horrified they sent her hate mail; it has since become one of the most iconic American stories of all time. Her first novel, The Road Through the Wall, was published in the same year and was followed by Hangsaman, The Bird's Nest, The Sundial, The Haunting of Hill House and We Have Always Lived in the Castle, widely seen as her masterpiece. In addition to her dark, brilliant novels, she wrote lightly fictionalized magazine pieces about family life with her four children and her husband, the critic Stanley Edgar Hyman. Shirley Jackson died in 1965.

GOR009001540
The Missing Girl by Shirley Jackson
Shirley Jackson
Penguin Modern
Used - Very Good
Paperback
Penguin Books Ltd
2018-02-22
64
0241339286
9780241339282
N/A
Book picture is for illustrative purposes only, actual binding, cover or edition may vary.
This is a used book - there is no escaping the fact it has been read by someone else and it will show signs of wear and previous use. Overall we expect it to be in very good condition, but if you are not entirely satisfied please get in touch with us.