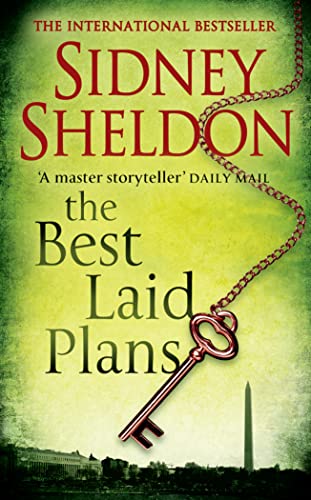 He wanted power; she wanted revenge. The magnificent novel by the internationally bestselling author of The Other Side of Midnight and Morning, Noon and Night.

He wanted power; she wanted revenge. The magnificent novel by the internationally bestselling author of The Other Side of Midnight and Morning, Noon and Night.

He wanted power, she wanted revenge...

`Dear Diary: This morning I met the man I am going to marry.' It was a simple enough entry in a young woman's diary which gave not the slightest portent of the elaborate chain of events that was about to occur.

The Best Laid Plans tells the explosive story of the beautiful and ambitious Leslie Stewart, who learns that for some men power is the greatest aphrodisiac; and of Oliver Russell, the handsome governor of a small southern state, who finds out why hell has no fury like a woman scorned.

With the unexpected twists and turns that are the hallmarks of his mega best-selling novels, Sidney Sheldon spins a tale of two equally determined people headed on a collision course. Oliver has a strategy to win the White House; Leslie has a scheme to make him wish he'd never been born. They both should have known that even the best laid plans can go dangerously astray...in a deadly dangerous way.

`A master storyteller at the top of the game'
USA Today

`Sheldon is a writer working at the height of his power... I hung on till the very end'
New York Times

A master storyteller, Sidney Sheldon was the author of seventeen novels (which have sold over 300 million copies), over 200 television scripts, twenty-five major motion pictures and six Broadway plays, ranking him as one of the world's most prolific writers.

GOR000544616
The Best Laid Plans by Sidney Sheldon
Sidney Sheldon
Used - Very Good
Paperback
HarperCollins Publishers
1997-12-04
352
0006510558
9780006510550
N/A
Book picture is for illustrative purposes only, actual binding, cover or edition may vary.
This is a used book - there is no escaping the fact it has been read by someone else and it will show signs of wear and previous use. Overall we expect it to be in very good condition, but if you are not entirely satisfied please get in touch with us.