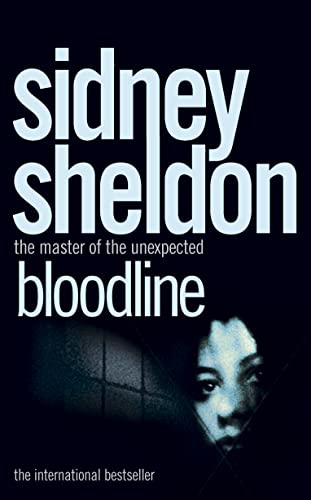 One of Sidney Sheldon's most popular and bestselling titles, repackaged and reissued for a new generation of fans.

One of Sidney Sheldon's most popular and bestselling titles, repackaged and reissued for a new generation of fans.

The daughter of a rich and powerful father, Elizabeth Roffe is young, beautiful - and sole heir to a billion dollar fortune.

Then tragedy strikes. Her father is killed in a freak accident and Elizabeth must take command of his mighty global empire, the pharmaceutical company Roffe and Sons. It makes Elizabeth the richest girl in the world. But someone, somewhere, is determined that she must die.

From the backstreets of Istanbul to the upmarket offices of New York, Bloodline is a hypnotic tale of love and ambition, danger, intrigue and death.

Sidney Sheldon is the mega-selling international author of seventeen previous bestselling novels. There are now over 275 million copies of his books in print worldwide and he features in the Guinness Book of Records as the world's most translated author. He is also a highly acclaimed, award-winning scriptwriter for stage, film and television

GOR010493572
Bloodline by Sidney Sheldon
Sidney Sheldon
Used - Like New
Paperback
HarperCollins Publishers
1987-11-10
480
0006175015
9780006175018
N/A
Book picture is for illustrative purposes only, actual binding, cover or edition may vary.
The book has been read, but looks new. The book cover has no visible wear, and the dust jacket is included if applicable. No missing or damaged pages, no tears, possible very minimal creasing, no underlining or highlighting of text, and no writing in the margins.