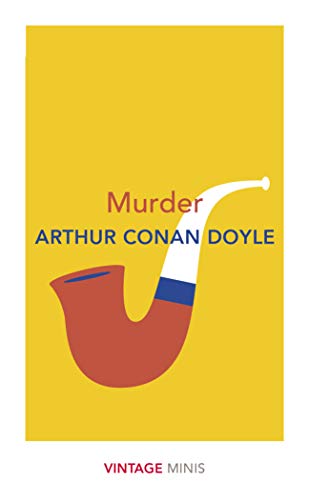 'Well, Watson, we seem to have fallen upon evil days'

Sherlock Holmes: the quintessential British hero and the world's most popular detective.

'Well, Watson, we seem to have fallen upon evil days'

Sherlock Holmes: the quintessential British hero and the world's most popular detective. Through his powers of deduction, and with the help of his faithful companion Dr Watson, Holmes takes on all manner of devious criminals and dangerous villains - and wins. But the cases involving murder are the most dastardly of them all...

Selected from The Complete Sherlock Holmes

They look good and read well. That's win/win in our book * Stylist *
Literature for the Twitter generation * Big Issue *

Sir Arthur Conan Doyle was born on 22 May 1859 in Edinburgh. He studied medicine at the University of Edinburgh and began to write stories while he was a student.Over his life he produced more than thirty books, 150 short stories, poems, plays and essays across a wide range of genres. His most famous creation is the detective Sherlock Holmes, who he introduced in his first novel A Study in Scarlet (1887). This was followed in 1889 by an historical novel, Micah Clarke. In 1893 Conan Doyle published 'The Final Problem' in which he killed off his famous detective so that he could turn his attention more towards historical fiction. However Holmes was so popular that Conan Doyle eventually relented and published The Hound of the Baskervilles in 1901. The events of the The Hound of the Baskervilles are set before those of 'The Final Problem' but in 1903 new Sherlock Holmes stories began to appear that revealed that the detective had not died after all. He was finally retired in 1927. Sir Arthur Conan Doyle died on 7 July 1930.

NGR9781784876104
Murder: Vintage Minis by Sir Arthur Conan Doyle
Sir Arthur Conan Doyle
Vintage Minis
New
Paperback
Vintage Publishing
2020-03-03
160
1784876100
9781784876104
N/A
Book picture is for illustrative purposes only, actual binding, cover or edition may vary.
This is a new book - be the first to read this copy. With untouched pages and a perfect binding, your brand new copy is ready to be opened for the first time.