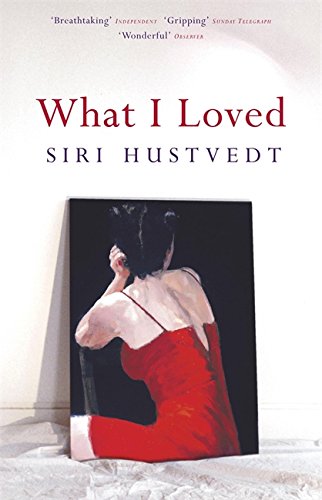 What I Loved
by Siri Hustvedt

What I Loved Summary

What I Loved by Siri Hustvedt

'Defiantly complex and frequently dazzling' Sunday Times
'A love story with the grip and suspense of a thriller.' - Times Literary Supplemen

In 1975 art historian Leo Hertzberg discovers an extraordinary painting by an unknown artist in a New York gallery. He buys the work, tracks down its creator, Bill Weschler, and the two men embark on a life-long friendship.

This is the story of their intense and troubled relationship, of the women in their lives and their work, of art and hysteria, love and seduction and their sons - born the same year but whose lives take very different paths.

What I Loved Reviews

Siri Hustvedt's first novel, The Blindfold, was published by Sceptre in 1993. Since then she has published The Enchantment of Lily Dahl, What I Loved, The Sorrows of an American, The Summer Without Men and The Blazing World, which was longlisted for the Man Booker Prize in 2014 and won the Los Angeles Times Book Prize for Fiction. She is also the author of the poetry collection Reading To You, and four collections of essays -Yonder, Mysteries of the Rectangle: Essays on Painting, A Plea for Eros and Living, Thinking, Looking, as well as the memoir The Shaking Woman or A History of My Nerves.

Born in Minnesota, Siri Hustvedt now lives in Brooklyn, New York. She has a PhD in English from Columbia University and in 2012 was awarded the International Gabarron Prize for Thought and Humanities.
She delivered the Schelling Lecture in Aesthetics in Munich in 2010, the Freud Lecture in Vienna in 2011 and the opening keynote at the conference to mark Kierkegaard's 200th anniversary in Copenhagen in 2013, while her latest honorary doctorate is from the University of Gutenburg in Germany. She is also Lecturer in Psychiatry at Weill Cornell Medical College and has written on art for the New York Times, the Daily Telegraph and several exhibition catalogues.

GOR000369392
What I Loved by Siri Hustvedt
Siri Hustvedt
Used - Very Good
Paperback
Hodder & Stoughton
2003-08-04
384
0340682388
9780340682388
N/A
Book picture is for illustrative purposes only, actual binding, cover or edition may vary.
This is a used book - there is no escaping the fact it has been read by someone else and it will show signs of wear and previous use. Overall we expect it to be in very good condition, but if you are not entirely satisfied please get in touch with us.