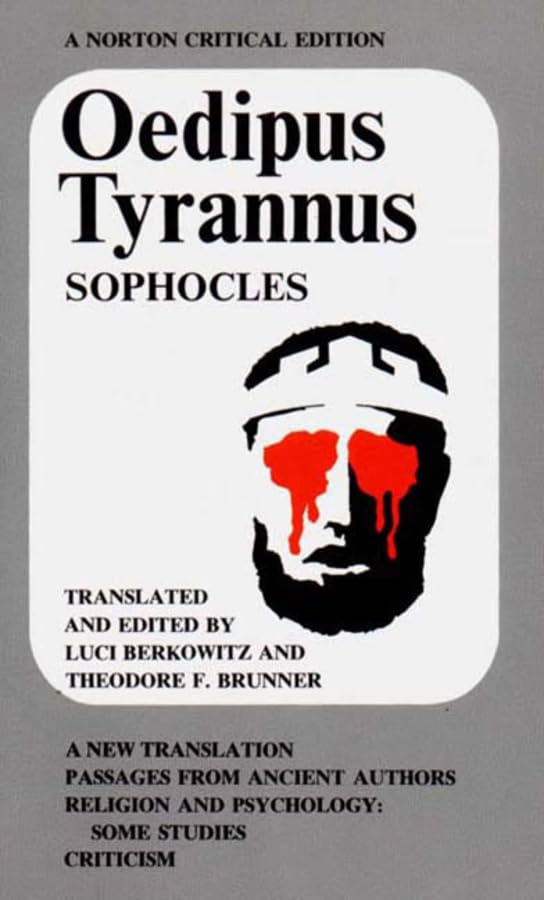 In Stock
£5.49
This translation is for the contemporary reader. Specifically commissioned for stage production, it rings easily on the modern ear and yet remains faithful to Sophocles' original, avoiding the archaisms of other translations.
Very Good
5 in stock

The text is accompanied by a wealth of carefully chosen background materials and essays.

The best of ancient and modern criticism is represented, encouraging discussion from psychological, religious, anthropological, dramatic, and literary perspectives.

GOR004396793
Oedipus Tyrannus by Sophocles
Sophocles
Norton Critical Editions
Used - Very Good
Paperback
WW Norton & Co
1970-04-01
272
0393098745
9780393098747
N/A
Book picture is for illustrative purposes only, actual binding, cover or edition may vary.
This is a used book - there is no escaping the fact it has been read by someone else and it will show signs of wear and previous use. Overall we expect it to be in very good condition, but if you are not entirely satisfied please get in touch with us.