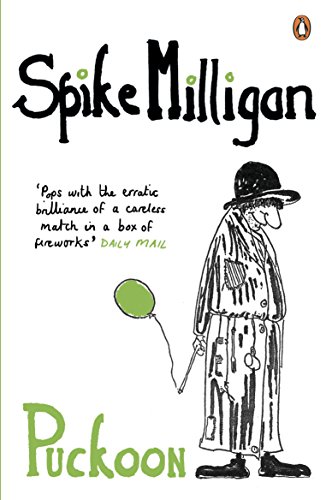 In Stock
£7.99
In 1924 the Boundary Commission is tasked with creating the new official division between Northern Ireland and the Irish Republic. Through incompetence, dereliction of duty and sheer perversity, the border ends up running through the middle of the small town of Puckoon. This book deals with this topic.
Very Good Good Well Read
14 in stock

Puckoon is Spike Milligan's classic slapstick novel, reissued for the first time since it was published in 1963.

In 1924 the Boundary Commission is tasked with creating the new official division between Northern Ireland and the Irish Republic. Through incompetence, dereliction of duty and sheer perversity, the border ends up running through the middle of the small town of Puckoon.

Houses are divided from outhouses, husbands separated from wives, bars are cut off from their patrons, churches sundered from graveyards. And in the middle of it all is poor Dan Milligan, our feckless protagonist, who is taunted and manipulated by everyone (including the sadistic author) to try and make some sense of this mess . . .

The legendary and iconic figure, Spike Milligan was born at Ahmednagar in India in 1918. He received his first education in a tent in the Hyderabad Sindh desert and graduated from there, through a series of Roman Catholic schools in India and England, to the Lewisham Polytechnic. He then plunged into the world of Show Business, seduced by his first stage appearance, at the age of eight, in the nativity play of his Poona convent school. He began his career as a band musician, but became famous as a humorous scriptwriter and actor in both films and broadcasting. He was the creator, principal writer and performer of the infamous Goon Show. Spike received an honorary CBE in 1992 and Knighthood in 2000. He died in 2002.

GOR001057093
Puckoon by Spike Milligan
Spike Milligan
Used - Very Good
Paperback
Penguin Books Ltd
1969-05-31
160
0140023747
9780140023749
N/A
Book picture is for illustrative purposes only, actual binding, cover or edition may vary.
This is a used book - there is no escaping the fact it has been read by someone else and it will show signs of wear and previous use. Overall we expect it to be in very good condition, but if you are not entirely satisfied please get in touch with us.