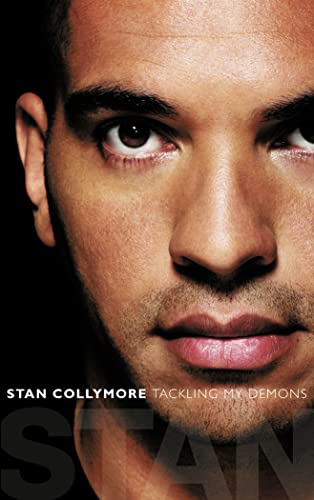 The searingly honest and at times harrowing autobiography of the former Liverpool, Aston Villa and England striker. Exposes the dark and often seedy world hidden behind the glamorous facade of professional football.

The searingly honest and at times harrowing autobiography of the former Liverpool, Aston Villa and England striker. Exposes the dark and often seedy world hidden behind the glamorous facade of professional football.

`I was a mess. I couldn't get out of bed. I couldn't structure my day properly. I couldn't face having a shower or getting dressed. Those all seemed like major events I didn't want to confront.'

Once the most charismatic and expensive player in the new Premiership flooded with cash, Stan Collymore had, by the age of 28, booked himself into The Priory to treat his depression, close to self-destruction and unable to get his head round playing at all.

Along the way, he had been the goalscorer nobody wanted to congratulate, the centre-forward no one knew how to manage, a deeply reluctant star in a tabloid culture that saw him make the front pages as often as the back, and that waited for him to crack up or lash out. When he eventually did, it was, infamously, inevitably, at his then celebrity girlfriend, Ulrika Jonsson.

But then retired from football in 2001 and finding himself in the commentary box, he proved he did care about the game, rather too much perhaps, sounding like a fan as much as an ex-player - and at a stroke he had more in common with the rest of the nation. He knew it was all so much more than a game, and what happened on the field was only a reflection of what was going on inside players' heads.

The contradictions remain. A man, who had a steady stream of celebrity women falling at his feet, shamed by his voyeurism in a Cannock car park; a star with everything who was once discovered by his wife tightening a belt around his neck; a loving dad of two whose own father walked out of the marital home and who Collymore continues to blot from his memory to this day; a footballer who abstains from drugs, yet who needs therapy at Sex and Love Addicts Anonymous; the loner slated for his aloofness who found critical acclaim as a football pundit on national prime-time radio.

This is Stan Collymore's own life story, the real person on his flawed character and personal demons, telling it like you have never seen before - raw and uncut.

'Once out of the game he had long seemed anxious to escape, Collymore became singularly placed to articulate some of the madness that attends it.' Observer

Stan Collymore was born in Stone, Staffordshire in January 1971. He has played professional football for Crystal Palace, Southend, Nottingham Forest, Liverpool, Aston Villa, Fulham, Leicester and Bradford City, and won three England caps in the nineties. He retired from the game in 2001 and was until recently an expert football summariser on Radio 5 Live.

Oliver Holt has been Chief Sports Writer at the Mirror since April 2002. He is one of the most talented and respected of the younger breed of sportswriters covering the game, his former Editor Piers Morgan saying of him: `We're delighted to have the real number one on board'.

GOR001218493
Stan: Tackling My Demons by Stan Collymore
Stan Collymore
Used - Very Good
Paperback
HarperCollins Publishers
2005-05-25
384
0007198078
9780007198078
N/A
Book picture is for illustrative purposes only, actual binding, cover or edition may vary.
This is a used book - there is no escaping the fact it has been read by someone else and it will show signs of wear and previous use. Overall we expect it to be in very good condition, but if you are not entirely satisfied please get in touch with us.