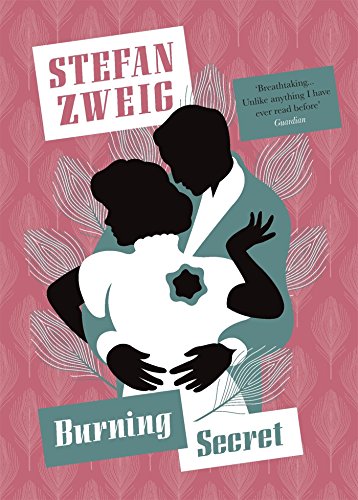 The Baron, bored on holiday, begins a flirtation with a beautiful woman via her twelve-year-old son. He befriends the child and charms him, all the while attempting to seduce the mother - but he cannot begin to imagine the effect he is having on the boy's life... Burning Secret is a witty, potent look at innocence, adult attraction and childhood passion.

"What did Zweig have that brought him the fanatical devotion of millions of readers, the admiration of Herman Hesse, the invitation to give the eulogy at the funeral of Sigmund Freud? To learn that, we would have to have a biography that illuminated all aspects of his work, that read all of his books, and that challenged, rather than accepted, the apparent modesty of his statements about his life and work." - Benjamin Moser, Bookforum

"[Burning Secret is] a devastatingly accurate picture of childhood on the cusp of adolescent disillusion." - Gary Indiana, Bookforum

"Breathtaking... the final sentence is unlike anything I have ever read before; and transforms not only the book, but, in a way, the reader as well." - Nicholas Lezard, Guardian

"Zweig is the most adult of writers; civilised, urbane, but never jaded or cynical; a realist who none the less believed in the possibility--the necessity--of empathy." - Independent

"Touching and delightful. Those adjectives are not meant as faint praise. Zweig may be especially appealing now because rather than being a progenitor of big ideas, he was a serious entertainer, and an ardent and careful observer of habits, foibles, passions and mistakes." -- A.O. Scott, The New York Times

Stefan Zweig was born in 1881 in Vienna, into a wealthy Austrian-Jewish family. He studied in Berlin and Vienna and was first known as a poet and translator, then as a biographer. Between the wars, Zweig was an international bestseller with a string of hugely popular novellas including Letter from an Unknown Woman, Amok and Fear. In 1934, with the rise of Nazism, he left Austria, and lived in London, Bath and New York-a period during which he produced his most celebrated works: his only novel, Beware of Pity, and his memoir, The World of Yesterday. He eventually settled in Brazil, where in 1942 he and his wife were found dead in an apparent double suicide. Much of his work is available from Pushkin Press.

GOR009785476
Burning Secret by Stefan Zweig
Stefan Zweig
Used - Good
Paperback
Pushkin Press
2017-11-02
128
1782274529
9781782274520
N/A
Book picture is for illustrative purposes only, actual binding, cover or edition may vary.
This is a used book - there is no escaping the fact it has been read by someone else and it will show signs of wear and previous use. Overall we expect it to be in very good condition, but if you are not entirely satisfied please get in touch with us.