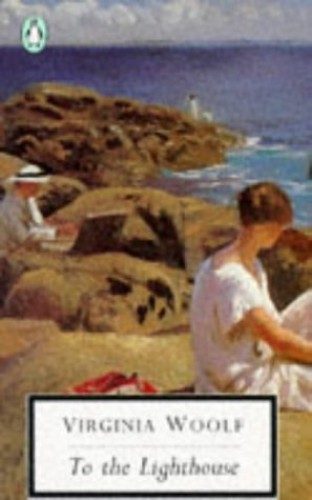 To the Lighthouse
by Virginia Woolf

In Stock
£4.49
This story of a marriage and a childhood is also a lamentation of loss and grief for powerful, loved, dead, parents. It is also about the English class-structure and its radical break with Victorianism after World War I. The author also wrote "The Voyage Out", "Mrs Dalloway" and "Between the Acts".
Good
Only 1 left

To the Lighthouse Summary

To the Lighthouse by Virginia Woolf

To the Lighthouse is one of the greatest literary achievements of the twentieth century and the author's most popular novel. The serene and maternal Mrs. Ramsay, the tragic yet absurd Mr. Ramsay, and their children and assorted guests are on holiday on the Isle of Skye. From the seemingly trivial postponement of a visit to a nearby lighthouse, Virginia Woolf constructs a remarkable, moving examination of the complex tensions and allegiances of family life and the conflict between male and female principles.
Annotated and with an introduction by Mark Hussey"

Virginia Woolf, born in 1882, was the major novelist at the heart of the inter-war Bloomsbury Group. Her early novels include The Voyage Out, Night and Day and Jacob's Room. Between 1925 and 1931 she produced her finest masterpieces, including Mrs Dalloway, To the Lighthouse, Orlando and the experimental The Waves. Her later novels include The Years and Between the Acts, and she also maintained an astonishing output of literary criticism, journalism and biography, including the passionate feminist essay A Room of One's Own. Suffering from depression, she drowned herself in the River Ouse in 1941.