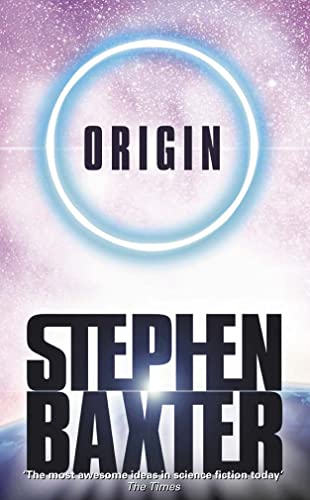 Concluding the epic Manifold series that began with TIME and continued with SPACE: the adventures of the maverick astronaut Reid Malenfant bring him at last to the beginning of everything.

Concluding the epic Manifold series that began with TIME and continued with SPACE: the adventures of the maverick astronaut Reid Malenfant bring him at last to the beginning of everything.

NASA astronaut Reid Malenfant is flying a military jet over Africa when a vast electric-blue circle appears in the air - and the Red Moon dramatically replaces our ancient, cherished moon. Malenfant's plane is destroyed as he chases the alien circle of light.

Though Malenfant survives, his wife Emma is swept up and hurled towards the Red Moon. Through the months of floods and earthquakes that follow Malenfant singlemindedly lobbies for a moonshot to rescue her.

He's heading for the Red Moon where time and space converge, the origin of the manifold.

Stephen Baxter applied to become an astronaut in 1991. He didn't make it, but achieved the next best thing by becoming a science fiction writer, and his novels and short stories have been published and have won awards around the world. His science background is in maths and engineering. He is married and lives in Northumberland.

GOR001159786
Origin (The Manifold Trilogy, Book 3) by Stephen Baxter
Stephen Baxter
The Manifold Trilogy
Used - Good
Paperback
HarperCollins Publishers
2001-09-22
496
0006511848
9780006511847
N/A
Book picture is for illustrative purposes only, actual binding, cover or edition may vary.
The book has been read but remains in clean condition. All pages are intact and the cover is intact. Some minor wear to the spine.