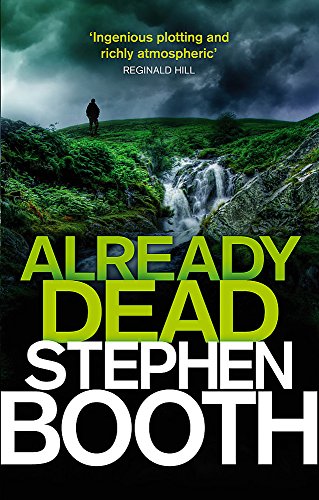 A summer of endless rain in the Peak District leaves the officers of Derbyshire's CID with a problem. They have discovered a man's body lying in shallow water, but torrential rain has swollen the rivers and flooded the roads, making travel difficult and forensic examination impossible.

And that's not all. The absence of DS Ben Cooper, on extended leave after an arson attack, has left a serious gap. DS Diane Fry is a reluctant temporary replacement, but now their makeshift team is about to be tested to the limit. The fatal events of one damp August night are likely to remain shrouded in mystery if they can't track down a car glimpsed only as a dark outline in the rain by a passer-by.

As the rain turns into a deluge, loyalties among the officers will be put under intolerable strain as they try to solve their toughest case yet. And that's before it emerges that Ben Cooper is not at home, but has vanished into thin air...

Stephen Booth is the internationally bestselling, CWA Dagger-winning author of the acclaimed thrillers featuring Cooper and Fry. The series is in development as a TV programme. Booth lives in Nottingham.

GOR010499748
Already Dead by Stephen Booth
Stephen Booth
Cooper and Fry
Used - Like New
Paperback
Little, Brown Book Group
2014-05-22
480
0751551724
9780751551723
N/A
Book picture is for illustrative purposes only, actual binding, cover or edition may vary.
The book has been read, but looks new. The book cover has no visible wear, and the dust jacket is included if applicable. No missing or damaged pages, no tears, possible very minimal creasing, no underlining or highlighting of text, and no writing in the margins.