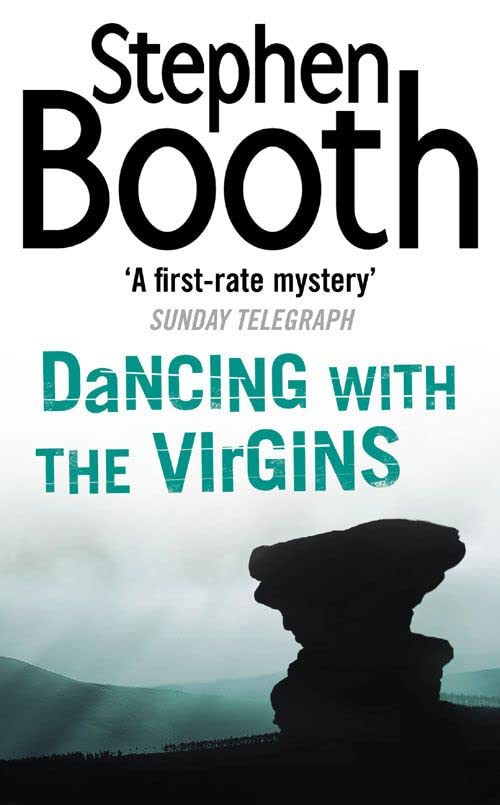 Dancing With the Virgins by Stephen Booth

The second in the series set in the Derbyshire Peak District, Dancing with the Virgins is a tense psychological follow-up to Stephen Booth's acclaimed debut Black Dog.

Dancing With the Virgins (Cooper and Fry Crime Series, Book 2) by Stephen Booth

The second in the series set in the Derbyshire Peak District, Dancing with the Virgins is a tense psychological follow-up to Stephen Booth's acclaimed debut Black Dog.

'The body of the woman sprawled obscenely among the stones... She looked like a dead woman, dancing.'

The ring of cairns known as the Nine Virgins has stood on the windswept moors of Derbyshire for centuries. Now, as winter closes in, a tenth figure is added - a body - and a modern tragedy is added to the dark legend that surrounds the stones.

There's no shortage of suspects, each with their own guilty secret, but what DS Fry and DC Cooper lack is any kind of motive. As they search separately for answers, it seems the reasons for the strange behaviour of the moor's inhabitants may lie somewhere in the past, in a terrible crime yet to be discovered...

`On this form, Booth could soon be up there with the likes of Reginald Hill. If you read only one new crime writer this year, he's your man' Yorkshire Post

Stephen Booth is a journalist. Stephen Booth was born in the Lancashire mill town of Burnley and has remained rooted to the Pennines during his career as a newspaper journalist. He lives with his wife Lesley in a former Georgian dower house in Nottinghamshire and his interests include folklore, the Internet and walking in the hills of the Peak District. `Dancing with the Virgins' is his second novel.

GOR000743744
9780006514336
0006514332
Dancing With the Virgins (Cooper and Fry Crime Series, Book 2) by Stephen Booth
Stephen Booth
Cooper and Fry Crime Series
Used - Very Good
Paperback
HarperCollins Publishers
2002-03-18
576
N/A
Book picture is for illustrative purposes only, actual binding, cover or edition may vary.
This is a used book - there is no escaping the fact it has been read by someone else and it will show signs of wear and previous use. Overall we expect it to be in very good condition, but if you are not entirely satisfied please get in touch with us
Trustpilot