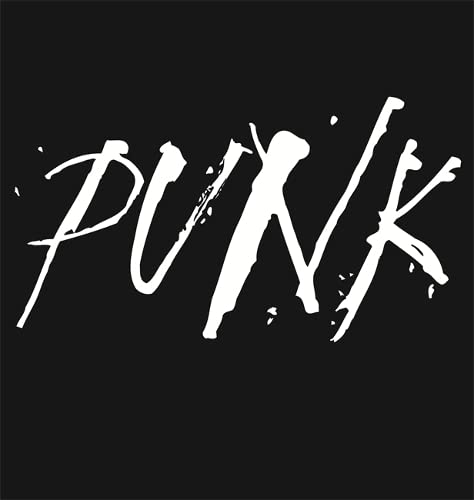 In Stock
£3.99
This book gives voice to the punk generation 25 years on...
Very Good Good
Only 4 left

The art of Damien Hirst and the music of the Prodigy, the attitude of Liam Gallagher and the hair of Eminem - all owe a great debt to the cultural movement that burrowed through Andy Warhol's Factory and the early 1970s' New York underground, emerging triumphant, kicking and screaming at the top of the British popular music charts, some five years later. Affectionately known as 'punk', it was the spotty, scruffy, bastard offspring of many a grander musical form, but like many a prodigal, went on to become more successful than its forebears, leaving a legacy that is still recognised today.

This book gives voice to the punk generation 25 years on, as it remembers the mad, frenzied and often incoherent world of 1975-9. With nearly 100 contributors, including specially commissioned interviews with members and managers of the Sex Pistols, the Clash, the Ramones, the Heartbreakers, Siouxsie and the Banshees and many others, everybody has had a chance to speak, and their memories are supported by hundreds of previously unpublished photographs.

Variously described as middle class, working class, political, social, sexual, aristic, superficial, perverted, puerile and heroic, punk has always inspired contoversy. Now it is for the reader to decide the truth - or truths - that fuelled this unique movement.

Stephen Colegrave's lifelong obsession with punk began in the Intrepid Fox in Wardour Street, London, in 1976. After receiving a degree in history from London University he embarked on a successful advertising career at Saatchi & Saatchi Prague in the 1980s. Sold out, married and with three children, he returned to Saatchi & Saatchi as European marketing director after a stint as a film producer in the 1990s. Stephen then decided to confront his punk beginnings full on. Consequently, he spent a year interviewing punk contemporaries and swapping stories of 1970s anarchy in Soho bars...

Chris Sullivan's first foray into youth culture was Northern Soul, and he regularly travelled hundreds of miles from his native Wales to enjoy a night out at Wigan Casino. In 1975 he began travelling to the hippest clubs in London, and soon became caught up in the punk explosion. A former style editor for GQ magazine, he has been a freelance writer since 1999, and has contributed to many publications including the Face, Loaded, the Independent and The Times and also makes regular appearances on BBC Choices's Head to Toe programme as a style expert.

GOR005620537
Punk by Stephen Colegrave
Stephen Colegrave
Used - Very Good
Paperback
Octopus Publishing Group
2013-07-17
400
0753724553
9780753724552
N/A
Book picture is for illustrative purposes only, actual binding, cover or edition may vary.
This is a used book - there is no escaping the fact it has been read by someone else and it will show signs of wear and previous use. Overall we expect it to be in very good condition, but if you are not entirely satisfied please get in touch with us.