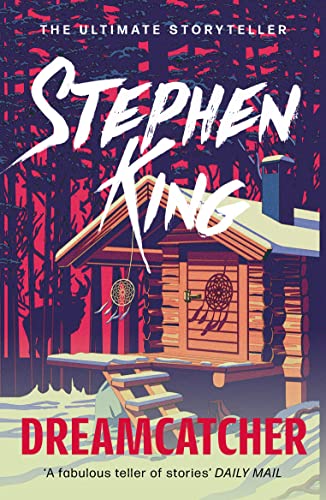 In Derry, Maine, four young boys once stood together and did a brave thing. Something that changed them in ways they hardly understand.

A quarter of a century later, the boys are men who have gone their separate ways. Though they still get together once a year, to go hunting in the north woods of Maine. But this time is different. This time a man comes stumbling into their camp, lost, disoriented and muttering about lights in the sky.

Before long, these old friends will be plunged into the most remarkable events of their lives as they struggle with a terrible creature from another world. Their only chance of survival is locked in their shared past - and in the Dreamcatcher.

Nobody does it better * Daily Telegraph *
Yet another masterpiece from Stephen King . . . a narrative that never loosens its grip * Evening Standard *
King has inspired a whole generation to read. He's made them read good, witty prose . . . a fabulous teller of stories who can create an entire new world and make the reader live in it . . . Dreamcatcher must be one of his best. * Daily Express *

GOR003841221
Dreamcatcher by Stephen King
Stephen King
Used - Very Good
Paperback
Hodder & Stoughton
2011-05-12
704
1444707841
9781444707847
N/A
Book picture is for illustrative purposes only, actual binding, cover or edition may vary.
This is a used book - there is no escaping the fact it has been read by someone else and it will show signs of wear and previous use. Overall we expect it to be in very good condition, but if you are not entirely satisfied please get in touch with us.