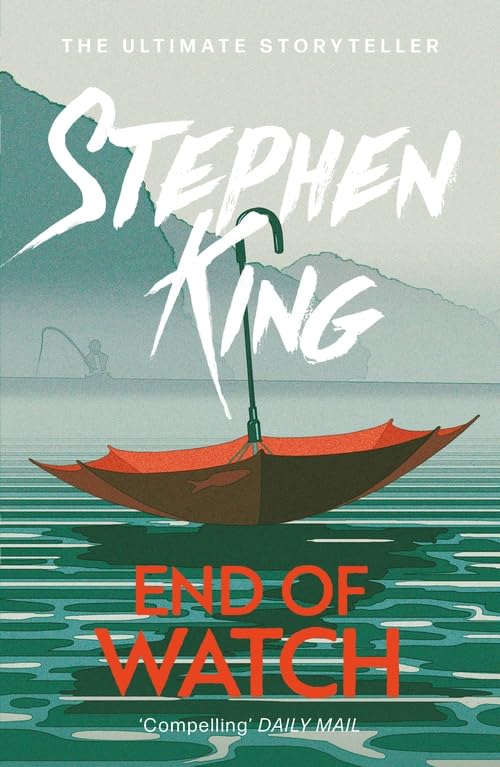 End of Watch
by Stephen King

End of Watch by Stephen King

The cell rings twice, and then his old partner in his ear . . . 'I'm at the scene of what appears to be a murder-suicide . . . Come and take a look. Bring your sidekick with you.'

Bill Hodges, who now runs a two-person agency called Finders Keepers with partner Holly Gibney, is intrigued by the letter Z written with a marker at the scene of the crime.

As similar cases mount up, Hodges is stunned to discover the evidence points to Brady Hartsfield, the notorious 'Mercedes Killer' who they helped to convict. It should be impossible: Brady is confined to a hospital room in a seemingly unresponsive state.

But Brady Hartsfield has lethal new powers. And he's planning revenge not just on Hodges and his friends, but on an entire city.

The clock is ticking in unexpected ways...

BRADY IS BACK. AND SO IS HODGES.

The extract above is abridged from End of Watch.

King works his customary storytelling magic, unspooling the plot threads almost as quickly as readers can turn the pages * Daily Mail on End of Watch *
Bill and Holly's decidedly down-to-earth detecting...makes the novel shine. I'd back these two anywhere * Guardian on End of Watch *
...the book I'd pick off the pile at the airport this summer * Evening Standard on End of Watch *
Increasingly drenched with chilling spookiness. Exciting, elegant and poignant, it's a fitting finale to a brilliant trilogy * Sunday Mirror on End of Watch *

GOR008312606
End of Watch by Stephen King
Stephen King
The Bill Hodges Trilogy
Used - Very Good
Paperback
Hodder & Stoughton
2017-03-28
384
147364237X
9781473642379
N/A
Book picture is for illustrative purposes only, actual binding, cover or edition may vary.
This is a used book - there is no escaping the fact it has been read by someone else and it will show signs of wear and previous use. Overall we expect it to be in very good condition, but if you are not entirely satisfied please get in touch with us.