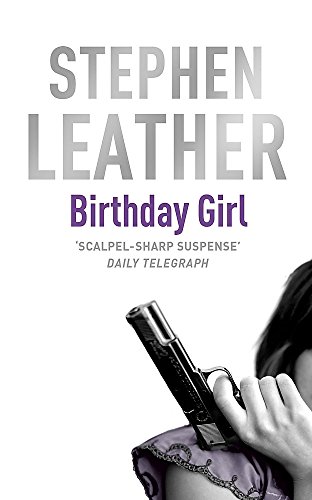 The Birthday Girl
by Stephen Leather

The Birthday Girl by Stephen Leather

Tony Freeman rescued Mersiha when she was fighting for her life in war-torn Yugoslavia. Now she's his adopted daughter, the perfect all-American girl, and it seems like her past is another country.

But Mersiha has been trained to kill. And when she discovers that Freeman's company is being subjected to a sinister takeover bid, she decides to help - whatever the risks.

The consequences of her actions are lethal, for Mersiha has unearthed a conspiracy of terrifying proportions . . .

GOR000548070
The Birthday Girl by Stephen Leather
Stephen Leather
Used - Very Good
Paperback
Hodder & Stoughton General Division
1996-02-01
512
0340660686
9780340660683
N/A
Book picture is for illustrative purposes only, actual binding, cover or edition may vary.
This is a used book - there is no escaping the fact it has been read by someone else and it will show signs of wear and previous use. Overall we expect it to be in very good condition, but if you are not entirely satisfied please get in touch with us.