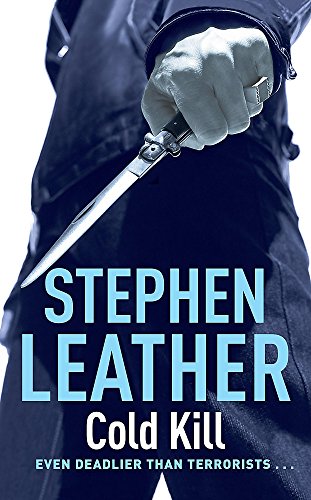 Out of Stock
Dan 'Spider' Shepherd returns in the third stunning action thriller from bestselling author Stephen Leather.
Like New
Only 0 left

The third book in the bestselling Dan 'Spider' Shepherd series.

Even deadlier than terrorists . . . are the men trying to stop them.

People-smuggling, counterfeit currency and attempted murder. It's all in a day's work for undercover cop Dan 'Spider' Shepherd. But what starts as a run-of-the mill investigation quickly turns into a matter of life and death when he uncovers a terrorist cell on a mission of death and destruction. The target: hundreds of passengers on a cross-channel train deep below the English Channel.

With the clock ticking and the explosives primed, Shepherd and his colleagues have to decide just how far they are prepared to go to save innocent lives. And they realise that to avoid catastrophe, they have to be even more merciless than the terrorists.

An author who isn't afraid to tackle the new breed of crime that dominates today's headlines. * Daily Express *
A breathless, exciting narrative with exquisite pacing. * The Good Book Guide *
This is an aggressively topical novel but a genuinely thrilling one, too. * Daily Telegraph *
Authentic stuff. * Observer *

GOR010461498
Cold Kill: The 3rd Spider Shepherd Thriller by Stephen Leather
Stephen Leather
The Spider Shepherd Thrillers
Used - Like New
Paperback
Hodder & Stoughton General Division
2006-08-10
384
0340834129
9780340834121
N/A
Book picture is for illustrative purposes only, actual binding, cover or edition may vary.
The book has been read, but looks new. The book cover has no visible wear, and the dust jacket is included if applicable. No missing or damaged pages, no tears, possible very minimal creasing, no underlining or highlighting of text, and no writing in the margins.