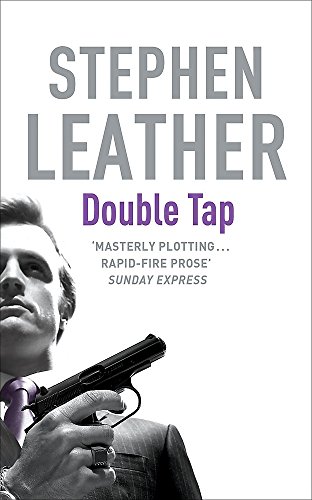 The Double Tap
by Stephen Leather

In Stock
£8.49
From the bestselling author of HARD LANDING and THE LONG SHOT comes a fast-paced action thriller.
Like New Very Good Good Well Read
Only 1 left

The Double Tap by Stephen Leather

The assassin: the world's most successful contract killer. An anonymous professional with a unique calling card - one bullet in the head and one in the chest for each and every target.

The Judas goat: an ex-member of the SAS, Mike Cramer is the perfect sacrificial bait. When the FBI discover the next name on the assassin's hitlist, Cramer is set up to take his place.

The wild card: Cramer's past has caught up with him. Ex-IRA extremist Dermot Lynch blames Cramer for his lover's death - and he's out for revenge.

As Cramer trains for the most dangerous mission of his career, Lynch hunts down his sworn enemy. And the unknown assassin silently closes in on his target. The players are in position for the final deadly game . . .

'Reading Stephen Leather at leisure is always a pleasure.' -- Ireland on Sunday

GOR010563947
The Double Tap by Stephen Leather
Stephen Leather
Used - Like New
Paperback
Hodder & Stoughton General Division
1992-01-01
528
0340628391
9780340628393
N/A
Book picture is for illustrative purposes only, actual binding, cover or edition may vary.
The book has been read, but looks new. The book cover has no visible wear, and the dust jacket is included if applicable. No missing or damaged pages, no tears, possible very minimal creasing, no underlining or highlighting of text, and no writing in the margins.