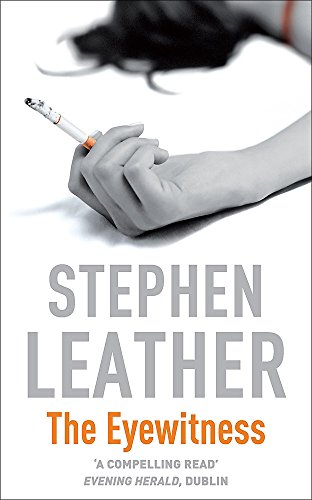 The Eyewitness
by Stephen Leather

Out of Stock
Stephen Leather's dizzyingly fast-paced, action-packed adventure thriller takes us into the dangerous heart of the prostitution business.
Very Good
Only 0 left

The Eyewitness by Stephen Leather

Jack Solomon is a messenger of death.

Working in the fractured remains of Yugoslavia, his task is to identify the victims of ethnic cleansing and to tell families that their loved ones are never coming home.

Years of toiling in the killing fields have desensitised the former London policeman to the horrors of war, but when a truck containing twenty-six bodies is pulled from a lake, Solomon is unable to walk away from the case.

He sets out to track down the only survivor of the massacre, a young girl on the run from the killers. Solomon's hunt for the last witness takes him from the brothels of Sarajevo to the high-stakes world of London's internet prostitution - where he will discover that the killers are closer to home than he thinks . . .

'Exciting stuff with plenty of heart-palpitating action gingered up by mystery and intrigue ... Leather is an intelligent thriller writer' -- Daily Mail on THE TUNNEL RATS

GOR000787201
The Eyewitness by Stephen Leather
Stephen Leather
Used - Very Good
Paperback
Hodder & Stoughton General Division
2003-07-07
416
0340734094
9780340734094
N/A
Book picture is for illustrative purposes only, actual binding, cover or edition may vary.
This is a used book - there is no escaping the fact it has been read by someone else and it will show signs of wear and previous use. Overall we expect it to be in very good condition, but if you are not entirely satisfied please get in touch with us.