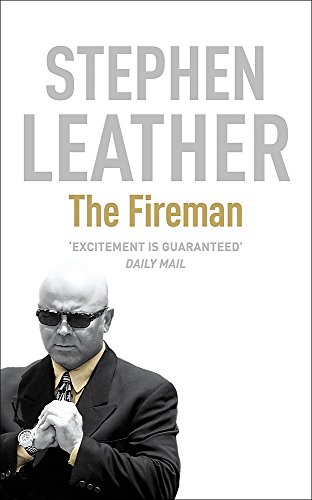 The Fireman
by Stephen Leather

The Fireman by Stephen Leather

Sally is a young, talented journalist living life to the full. So why would she leap fifteen floors to her death?

When the Hong Kong authorities decide it was suicide, Sally's brother, a London-based crime reporter, begins his own investigation to find out what really happened . . .

And to exact his revenge.

'As high-tech and as world-class as the thriller genre gets' -- Express on Sunday on THE BOMBMAKER 'There's a new breed of British crime writer giving the genre a much-needed shake-up - and Stephen Leather is at the forefront ... the sheer impetus of his storytelling is damned hard to resist.' -- Daily Express on COLD KILL

GOR001198751
The Fireman by Stephen Leather
Stephen Leather
Used - Very Good
Paperback
Hodder & Stoughton General Division
2008-02-07
336
034096071X
9780340960714
N/A
Book picture is for illustrative purposes only, actual binding, cover or edition may vary.
This is a used book - there is no escaping the fact it has been read by someone else and it will show signs of wear and previous use. Overall we expect it to be in very good condition, but if you are not entirely satisfied please get in touch with us.