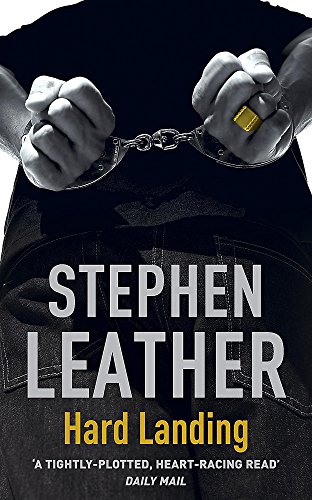 The ebook and paperback international bestseller: Stephen Leather's first hard-hitting, Dan 'Spider' Shepherd thriller, set in one of the most notorious and corrupt of British prisons.

The first book in the bestselling Dan 'Spider' Shepherd series.

Dan 'Spider' Shepherd is used to putting his life on the line. Working for an elite undercover squad he has lied, cheated and conned in order to bring Britain's most wanted criminals to justice.

But when a powerful drugs baron starts to kill off witnesses to his crimes, Shepherd is given his most dangerous assignment yet. He has to go undercover in a top security prison, a world where one wrong move will mean certain death.

As Shepherd gambles everything to move in on his quarry, he soon realises that the man he is hunting is even more dangerous than the police realise. And that he is capable of striking outside the prison walls and hitting Shepherd where it hurts most.

Let Spider draw you into his web, you won't regret it. * Sun *
A taut-page turner, it gives fascinating insight into life behind bars. * Daily Express *
As tough as British thrillers get, Hard Landing is a gripping and enjoyable read. * Irish Independent *

GOR001164321
9780340734117
0340734116
Hard Landing: The 1st Spider Shepherd Thriller by Stephen Leather
Stephen Leather
The Spider Shepherd Thrillers
Used - Very Good
Paperback
Hodder & Stoughton General Division
2004-04-10
480
N/A
Book picture is for illustrative purposes only, actual binding, cover or edition may vary.
This is a used book - there is no escaping the fact it has been read by someone else and it will show signs of wear and previous use. Overall we expect it to be in very good condition, but if you are not entirely satisfied please get in touch with us
Trustpilot